Christmas is an ordinary day when you are embarked on an aircraft carrier for maritime security operations. Still, this doesn’t mean there are no alternate ways to celebrate it, as the following images show.

The first photo depicts an F-14D Tomcat belonging to the “Bounty Hunters” of Fighter Squadron Two (VF-2), while it performs a high speed flyby over the USS Constellation (CV-64) on Dec. 25, 2002, ten years ago today.

During that cruise, the “Connie” steamed in support of Operation Enduring Freedom (OEF) in Afghanistan and though it was Christmas, the deck of the aircraft carrier was very busy due to war.

The second picture was taken on Dec. 30, 2005 and shows another F-14D Tomcat belonging to the “Tomcatters” of Fighter Squadron Three One (VF-31), which flies over the USS Theodore Roosevelt (CVN-71). 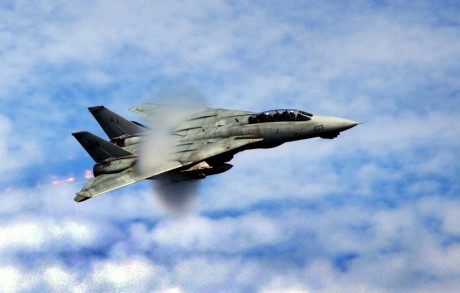 At that time the Carrier Air Wing Eight (CVW-8) was embarked on the Teddy Roosevelt and “celebrated” the end of the year and the beginning of the new one, ensuring Close Air Support (CAS) missions for the ground troops during Operation Enduring Freedom (OEF).

In 2000, VF-103 Jolly Rogers painted their F-14 with Modex 103 with a special emblem: the traditional Skull was given a Santa Hat while a Season’s Greeting text was written on the side of the black drop tanks. The special painted F-14 became known as the “Santa Cat”. 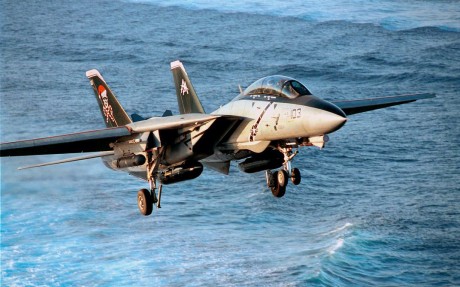 As we all know the aircraft carriers have the task to guarantee, with their presence, the theater security in every world’ s major conflicts: peace and freedom need to be guaranteed also during Christmas holidays.

A domestically upgraded Iranian F-14 Tomcat wearing a three-tone Asian Minor II color scheme took part in the flying display. The photos in this post were taken last week at the Islamic Republic of Iran […]

The most interesting Warplanes of the Iranian Air Force Open Day

Every year from Mar. 21 to Mar. 31 the regular Iranian Air Force holds an open house and exhibition similar to those one might see in North America or European nations. The Open Day of […]