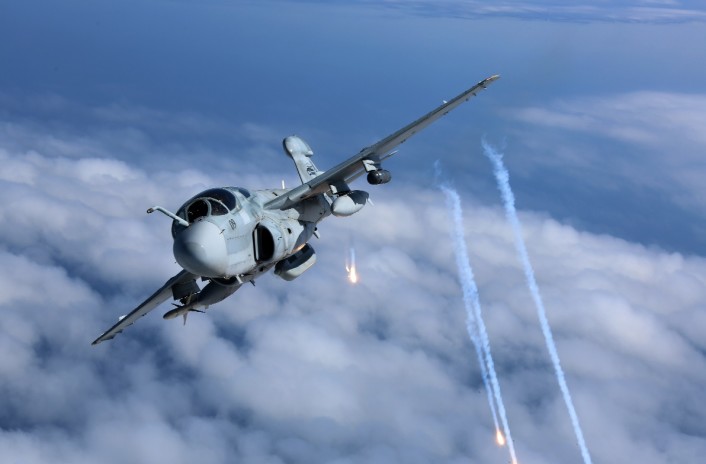 Because of the units high operational tempo it is rare to see all four squadrons home at the same time but in an effort to highlight this platforms legacy, the Final Four flight came to fruition. 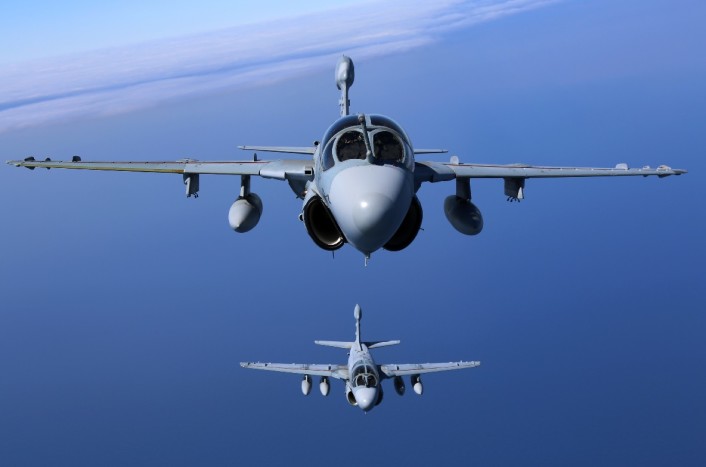 In fact, even though after VMAQT-1 disbandment the remaining three USMC EA-6B’s units (VMAQ-2, 3, and 4) will continue to operate the Prowler for four years, the type is approaching the end of its operational career and with this flyover the Marine Corps intended to acknowledge the incredible achievements reached by this platform during its time in service. 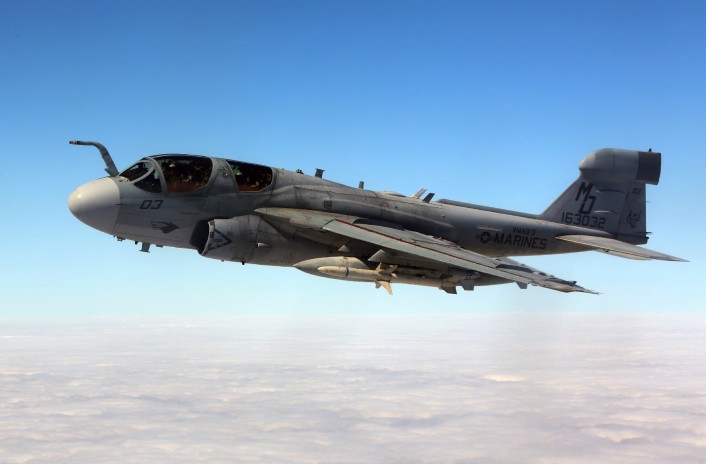 Noteworthy, unlike the U.S. Navy, the USMC won’t replace its Prowler fleet with the EA-18G Growler.

In fact the Marine Corps EA-6Bs will be eventually replaced by the Marine Air-Ground Task Force Electronic Warfare (MAGTF EW), a system that will rely on the integration of manned and unmanned airborne and ground EW assets to provide MAGTF commander with greater flexibility and control of the electromagnetic spectrum. 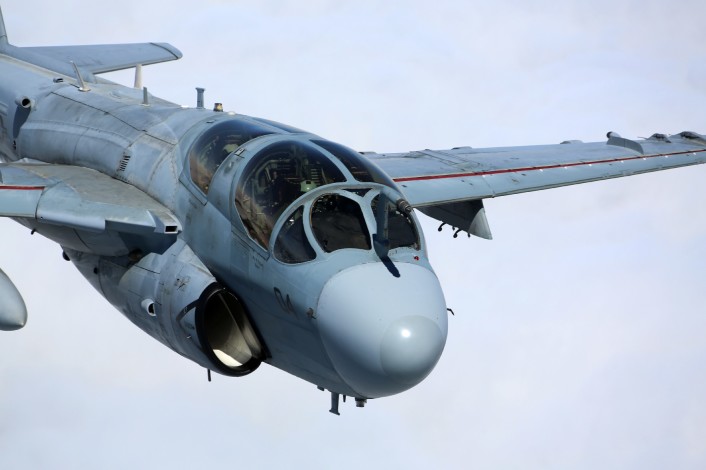 Thanks to this distributed strategy, every platform contributes to the EW mission, enabling relevant tactical information to move throughout the electromagnetic spectrum and across the battlefield faster than ever before.

In this way MAGTF EW will give the commander unprecedented capabilities in both Electronic Warfare and Intelligence. 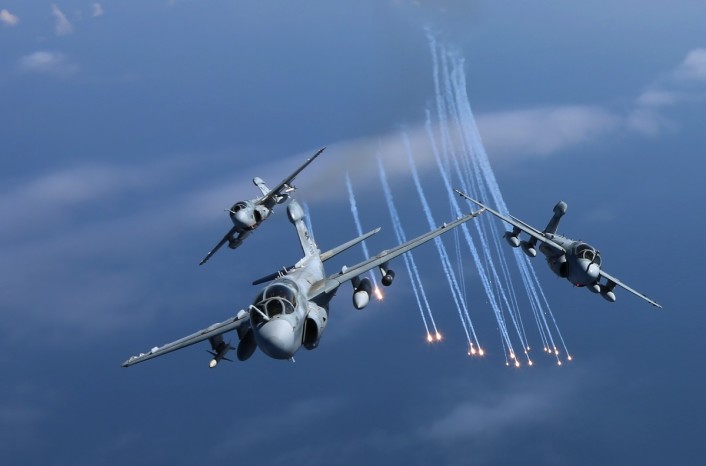 The following images were shot at Marine Corps Base Quantico, Virginia, on Dec. 15, 2013, when students from the Infantry Officer Course (IOC) completed a “Proof-of-Concept” 1,100 mile, long-range operation from Twentynine Palms, Calif., to […]