Even the conventional variant of the Joint Strike Fighter must be prepared to use the tailhook to face directional control issues or braking failures.

Tailhook landings by land-based aircraft are used in emergency situations to arrest a plane experiencing a failure that could imply a braking malfunction.

That’s why almost all U.S. combat aircraft have a tailhook, including the U.S. Air Force’s new F-35A Joint Strike Fighter.

According to an Air Force release, the JSF Integrated Test Force have started the first set of tests for the F-35A’s tailhook at Edwards Air Force Base, California. Although F-35s have landed using a tailhook before, they did not catch the arresting wire at the speeds and weights being tested now. 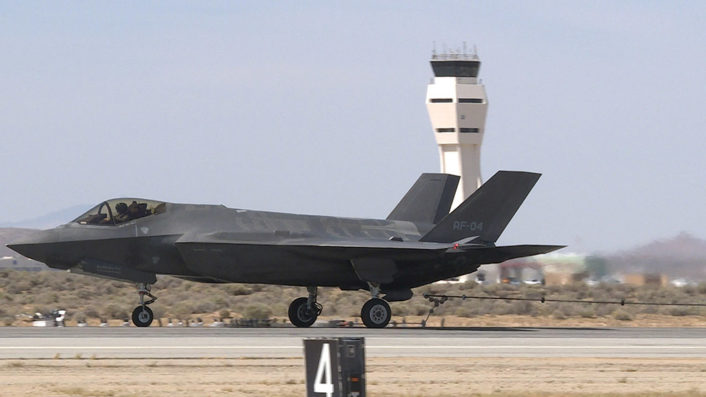 Since the tailhooks on the land-based aircraft are used rarely, they are designed as a one-time use device, as opposed to the Navy tailhooks. For this reason the F-35C (the carrier variant used by the Navy) has a significantly more robust tailhook that can be used for several thousands deploy-engage-retract-stow cycles.

The initial testing saw the F-35A AF-04 from the 461st FLTS (Flight Test Squadron) reach 180 knots over the ground, deploy the hook to catch an arresting cable in place and safely come to a stop.

The procedure was filmed by high-speed cameras for later review while telemetry data was collected.

“In the big picture, the F-35A tailhook is designed to stop the jet in an emergency primarily,” said Maj. Corey Florendo, 461st Flight Test Squadron project test pilot. “We have to make sure the system works as designed and as specified. We’re out there to verify the performance of the system, up to and including the worst case conditions we can possibly envision.”

According to the U.S. Air Force AF-04 had several successful engagements with the tailhook and arresting cable, which will clear the path for additional tests coming up, including different set ups (for instance with the plane not in the center of the runway). 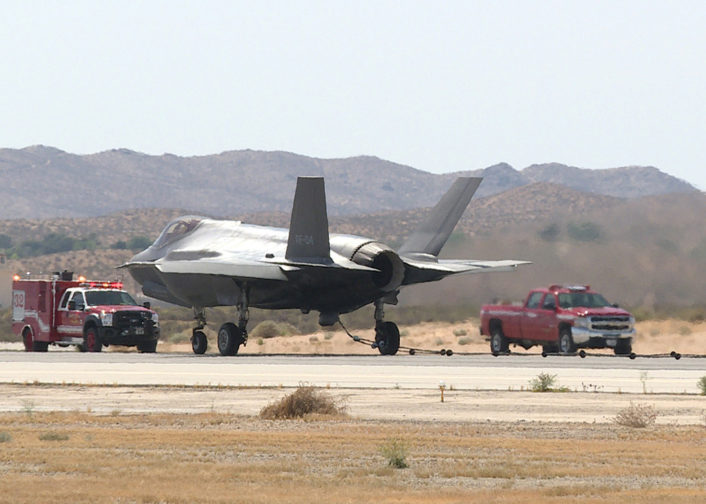 A sonic boom probably caused by U.S. F-15E Strike Eagles shook homes and businesses in Wales. The sonic boom that caused several ceiling tiles come down in a supermarket in the Welsh town of Aberystwyth, UK, […]