We attended the tactical event that closed “Tende Scaglia 2016” exercise.

Taking place from Apr. 4 to 22, “Tende Scaglia 2016” (TS 16) was an exercise organized and managed by the 1^ Brigata Aerea Operazioni Speciali (1st Special Operations Air Brigade) of the Italian Air Force.

Since the first HH-101A “Caesar” medium-lift helicopter was taken on charge by the ItAF in February 2016, the helicopter, a military variant of the AW.101 that will be used to perform personnel recovery and special forces missions, SAR (Search And Rescue) and CSAR missions, as well as medical evacuation (MEDEVAC) tasks did not actively take part in the exercise. 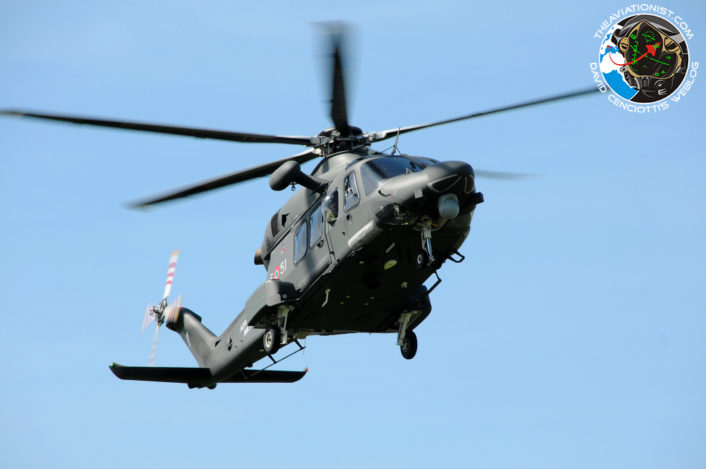 The last phase of the multidimensional exercise included several attacks to the base, a water supply contamination and a MEDEVAC event that The Aviationist’s reporter Pierpaolo Maglio had the opportunity to attend on Apr. 21.

The latter took place in the Italian Army range at Foce del Reno, 10-minute flight time from Cervia and started with a (simulated) suicide attack against a convoy and the subsequent explosion of a loaded truck. Immediately after the explosion, 3 VTLM (Veicolo Tattico Leggero Multiruolo – Multirole Lightweight Tactical Vehicle) Lince (Lynx) secured the zone and closing all access to the landing area with the onboard machine guns. 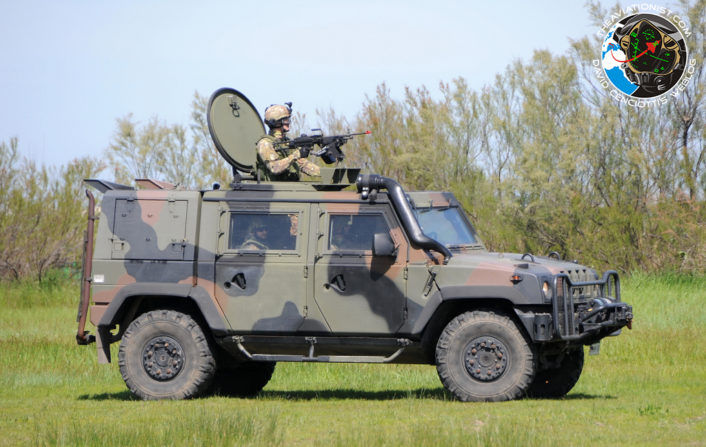 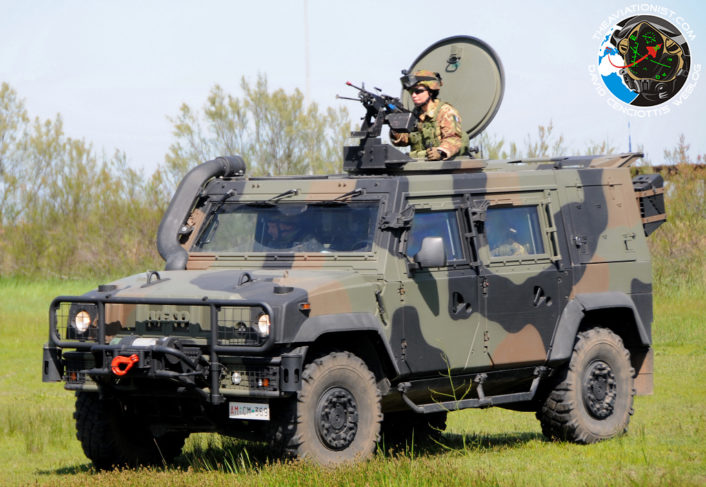 During this phase the MC-27J Praetorian gunship aircraft established a radio-link with the troops on the ground and called in the four MEDEVAC helicopters while an EC-27J Jedi prevented the attackers from using electronic devices to remotely detonate any Improvised Explosive Device (IED).

The MEDEVAC was carried out by 2x HH-139s from the 15° Stormo (Wing), and 2x HH-212s from the 9° Stormo followed by a last HH-139 that was first refueled on the field by the FARP (Forward Arming & Refueling Point) of the 3° Stormo and then took off again to carry the last light injured to a field hospital (Camp Giudecca). 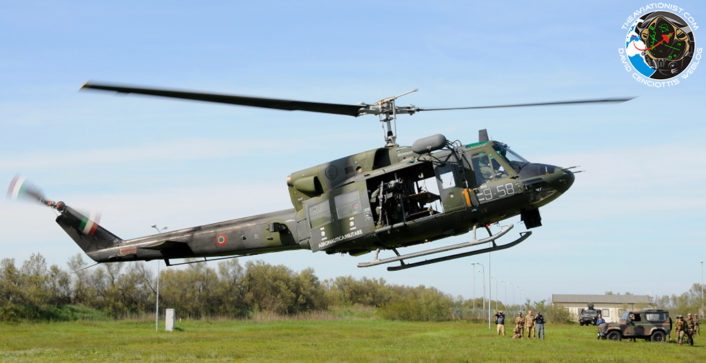 Along with the Special Ops C-27Js from the 46^ Brigata Aerea from Pisa, the exercise was supported by some “on-demand assets”: ItAF AMX tactical aircraft and Predator UAVs (Unmanned Aerial Vehicles).

A microcamera mounted on the MB.339A/PAN MLU to shoot footage for the 50th Anniversary promo

In the last few days, the new Frecce Tricolori’s 50th Anniversary promo was unveiled. The video, was recorded and produced entirely in Rivolto Airbase by the Pattuglia Acrobatica Nazionale, with the help of the Reparto […]

The Italian Air Force has rolled out a Tornado in brand new, awesome special livery

An eye-catching special colored Tornado IDS for the 60th anniversary of 311° Gruppo. On Oct. 27, the Italian Air Force officially rolled out a Tornado IDS in a special livery at Pratica di Mare airbase, […]