The “Caesar” is considered one of the most advanced helicopters for CSAR and Personnel Recovery duties available today.

The helicopter, a military variant of the AW.101, is one of four HH-101A helicopters, out of a total requirement of 15, delivered from the Finmeccanica Helicopter Division’s assembly line in Yeovil (UK) to date.

It will be used to perform personnel recovery and special forces missions, SAR (Search And Rescue) and CSAR missions, as well as medical evacuation (MEDEVAC) tasks.

According to Finmeccanica, the HH-101A is able to accommodate up to five crew members plus twenty fully equipped troops or six crew members plus 8 troops for special operations, ensuring maximum mission flexibility.

By means of a kit the HH-101A can extend its operating range performing HAAR (Helicopter Air-to-Air Refueling) ops. 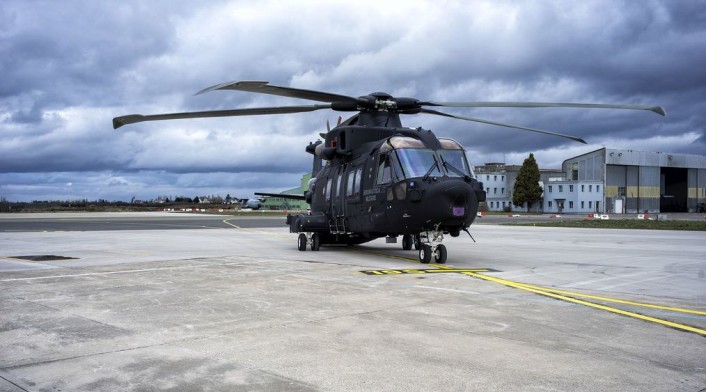