Three “Buffs” have arrived to Moron Air Base, Spain, for Ex. Cold Response.

Three B-52 Stratofortresses from Barksdale Air Force Base, Louisiana, landed at Moron Air Base, Spain, on Feb. 27, to take part in a large-scale NATO training exercise “Cold Response.”

Held in the central Trøndelag region of Norway, the biennial Cold Response drills will be attended by a dozen NATO nations and approximately 16,000 military. The exercise includes a complete war scenario, featuring air, ground and maritime operations.

The U.S. Air Force strategic bombers will operate as part of the 2nd Expeditionary Bomb Group and will conduct multiple sorties and air strikes.

“We appreciate the opportunity to take part in such a large multinational exercise at the invitation of our Norwegian allies, and we are especially thankful for the opportunity to test our skills in such unique cold weather conditions,” said Lt. Col. Dennis Cummings, the 2nd Expeditionary Bomb Group commander in a public release. “The ability to train bomber aircrews in different geographic combatant commands is essential to maintaining a strong, credible bomber force that enhances the security and stability of our allies and partners.”

“Bomber participation in joint military exercises like this one are an expression of the U.S. commitment to supporting our allies and partners, demonstrating our shared dedication to promoting global security and stability,” said Maj. Matt Spinelli, the 2nd EBG assistant director of operations.

Along with the B-52s, KC-135 Stratotankers and F-16 Fighting Falcons will be part of the American air team deployed for Cold Response 16. The whole contingent will also be supported by a number of C-130 Hercules and C-17 airlifters.

Cold Response 16 is scheduled to run through March 9. 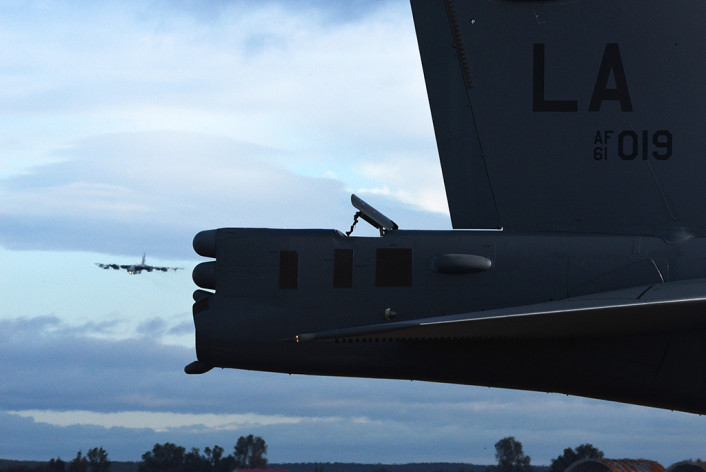 Four U.S. A-10 Thunderbolt jets have deployed to Slovakia

A-10s continue their tour of eastern Europe. Four A-10 Thunderbolt II jets and approximately 40 airmen from the U.S. Air Force Theater Security Package, deployed to Sliac Air Base, Slovakia, May 16, in support of […]