The U.S. are ready to defend South Korea after the umpteenth provocative action by North Korea .

On Jan. 10, 2016 in  response to the North Korea’s recent nuclear test, a U.S. Air Force B-52 from Andersen Air Force Base, Guam, performed a low-level flight over Osan Air Base, South Korea.

A Republic of Korea Air Force (ROKAF) F-15K Slam Eagle and a U.S. F-16 Fighting Falcon joined the BUFF in the flypast.

According to Gen. Curtis M. Scaparotti, United Nations Command, Combined Forces Command, U.S. Forces Korea commander, the flight showed that the United States and the Republic of Korea are able to respond at any time to those who threaten stability and security in the region.

The Stratofortress returned to Guam after having completed the flight over South Korea.

Thanks to this commitment the U.S. are able to protect their allies as well as to avoid dangerous crisis escalations in a region where both North Korea and China are enlarging their military role. 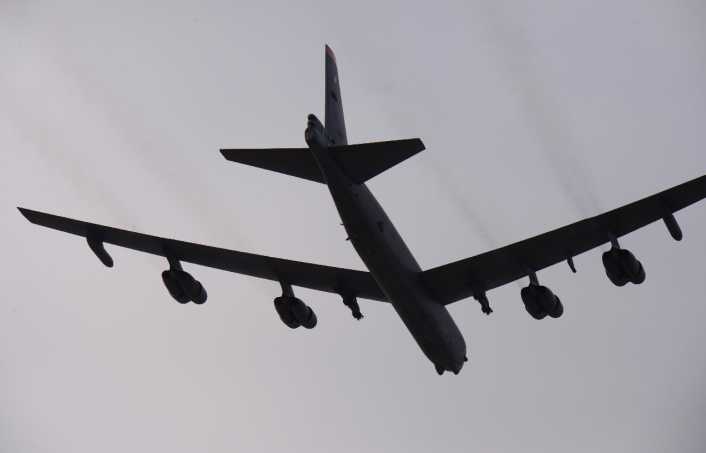 Images coming from Ghazni clearly show the remains of a USAF E-11A BACN aircraft. A U.S. Air Force’s E-11A BACN (Battlefield Airborne Communications Node) crashed during the morning on Jan. 27, 2020 in Afghanistan. The […]

B-52 bomber flying in your vicinity? Don’t worry, it may just be targeting your house

The following short video shows a B-52 Stratofortress during a standard training mission of the War Week, an exercise which incorporates Aerial Refueling, Weapons Tactics and High Altitude Maneuvering. The iconic bomber can be seen […]