On Apr. 2 two U.S. B-52 Stratofortress strategic bombers, one assigned to Barksdale Air Force Base, Louisiana, and the other assigned to Minot Air Force Base, North Dakota, conducted round-trip missions from their home bases to the Arctic and North Sea regions respectively.

The two bombers were taking part in “Polar Growl”, an exercise aimed at testing the ability of the aircraft and their aircrews to operate with international partners in the northern part of the globe.

One of the aircraft, the one belonging to the 2nd Bomb Wing from Barksdale, flew in the North Sea and was intercepted multiple times by the Royal Canadian Air Force, the U.K. Royal Air Force and the Royal Netherlands Air Force. 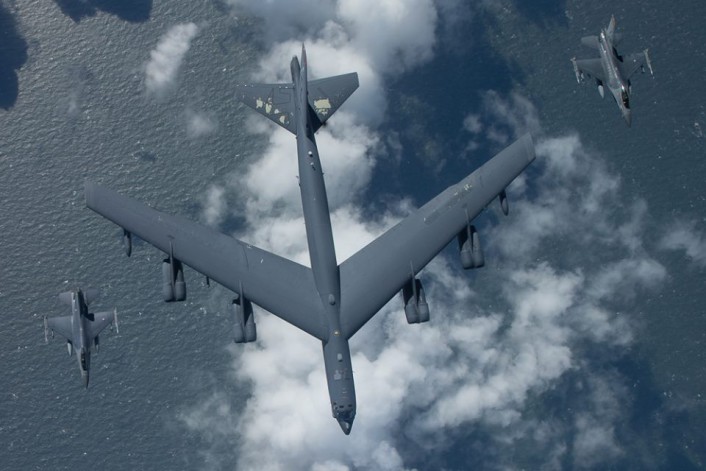 The other “Buff” on the Arctic leg, belonging to the 5th Bomb Wing from Minot,  flew with Canadian CF-188 fighters and around the North Pole.

Interestingly the Dutch F-16s of the RNlAF took some stunning photographs of the (quite rusty!) B-52 they intercepted over the North Sea. 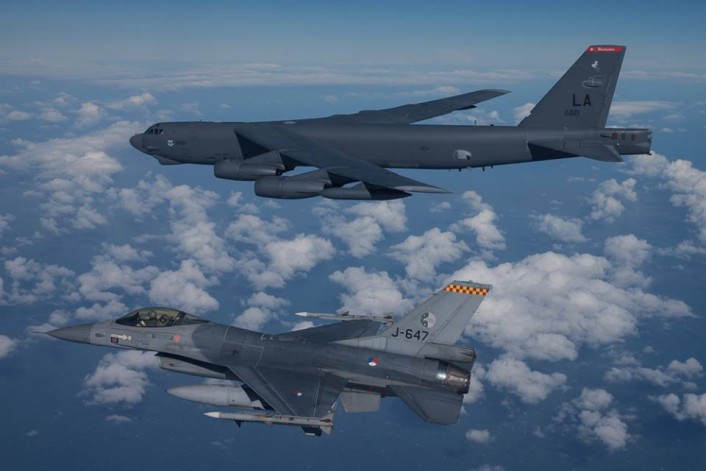 The U.S. regularly conducts similar combined training and theater security engagements with Allies and partners. In October 2014, B-52s were involved in NATO Exercise NOBLE JUSTIFICATION while in June of the same year Air Force Global Strike Command B-52s and B-2s deployed to RAF Fairford, U.K., in to train alongside regional partners. 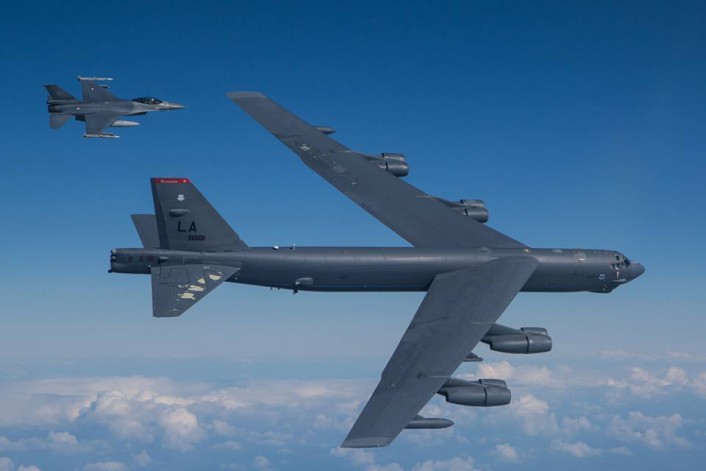 Last time U.S. bombers were launched on Arctic missions, the Russians reacted with a spike in missions flown by their warplanes in the Baltic Sea and around the Scandinavian peninsula.

The following video brings you in the cockpit of a B-52 Stratofortress, the most famous U.S. bomber of the last 60 years. What makes the footage extremely interesting is not only the view of the […]

Four B-52 bombers have just deployed to Europe. Two took part in joint drills with Swedish and Norwegian forces over Scandinavia. On Aug. 18, 2022, four U.S. Air Force B-52 Stratofortress bombers, belonging to the […]