B-52 Stratofortress bomber doing what it does best.

The photographs in this post were taken during a combined live fire demonstration in Wadi Shadiya, Jordan, May 18.

Noteworthy, the two B-52 Stratofortress bombers that marked the first participation of strategic bombers to Eager Lion, performed a 30-plus hour, 14,000 mile nonstop mission to the U.S. Central Command area of operations. 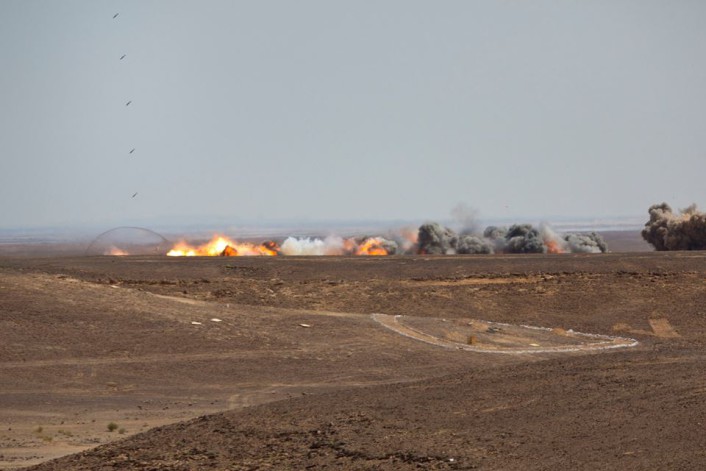 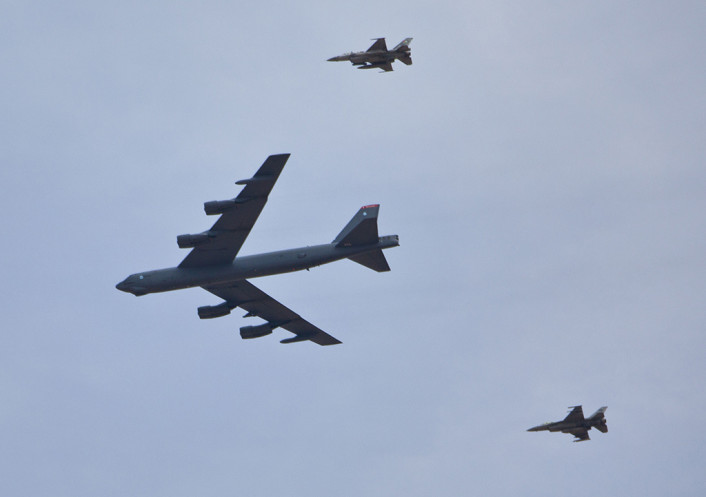 In addition to 5,000 U.S. servicemen, the two-week yearly exercise saw the participation of Jordanian forces as well as contingents from 16 other countries for a total force of about 10,000 troops.

The exercise was held among five sites across Jordan and based on the scenario of a friendly contingent committed to the aid of an allied nation under threat by an aggressive neighbor. Along with the U.S. Air Force strategic bombers, Jordanian tactical planes and U.S. Army helicopters of the 185th Theater Aviation Brigade’s aviation task force, EOD (explosive ordnance disposal) teams, Seabees and patrol craft were used to perform port security in Aqaba, Jordan’s only coastal city, while a Marine crisis-response force out of Kuwait took part in the drills, practicing non-combatant evacuation operation (NCO) by means of MV-22 tilt-rotor aircraft in the north.

Up close and personal with the Raptor pilots fighting Daesh in Iraq and Syria. Filmed at Al Dhafra airbase in the UAE, this clip shows F-22 pilots with the 90th Fighter Squadron from Joint Base […]