Mapped, all the most interesting close encounters between NATO and Russian warplanes all around the world since 2013.

Last week, all those readers who completed a quick survey on The Aviationist were given the possibility to download an exclusive ebook: “Cold War 2.0: All the most significant close encounters between NATO and Russian warplanes since 2013”

The ebook is a collection of posts we have published on this site between 2013 and 2015, and helps you understand how routine interceptions have become recurrent, tenser and more dangerous; the proof that we live in a new Cold War, or a “Cold War 2.0”, as we dubbed it.

Based on our ebook, Willum Morsch, Graphics editor at The Volkskrant prepared an interesting infographic that maps all the events we have reported about in our 70-page report.

Click below for a larger version of the infographic; by the way, you can still download the ebook after taking the survey here. 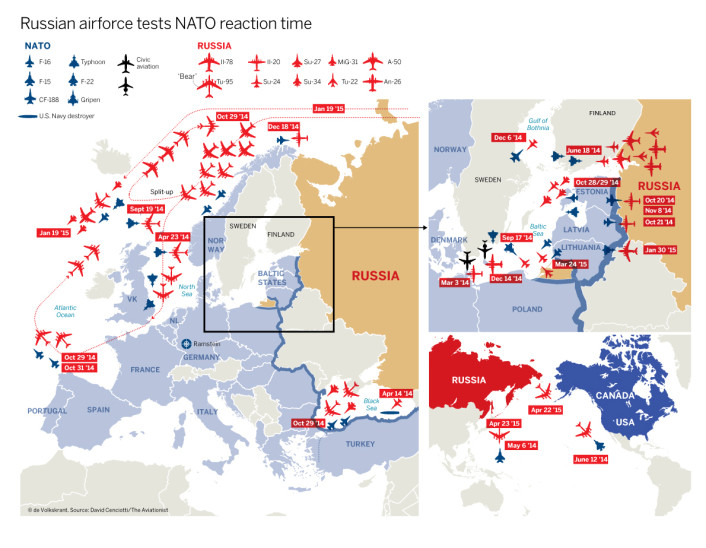