The U.S. Air Force has just released some nice images showing the air power build up in the Middle East.

One of the most interesting images depicts a Jordanian F-16 Fighting Falcon leading another Jordanian F-16, as well as an American F-16 from the 120th Fighter Squadron, Colorado Air National Guard, and two Marine F-18s from VMFA-115 over a training base in Northern Jordan. during Eager Lione exercise. 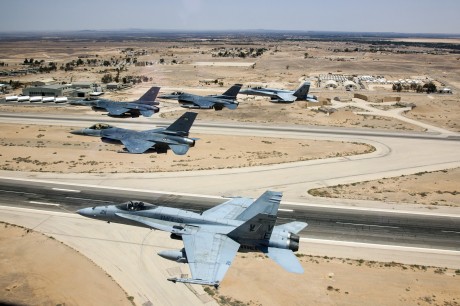 An “annual” exercise, Eager Lion is a “U.S. Central Command-directed, irregular warfare-themed exercise focusing on missions the United States and its coalition partners might perform in support of global contingency operations.” 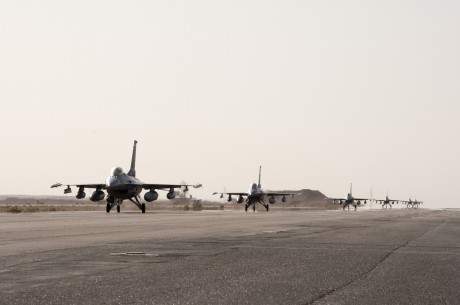 Almost ignored by media last year, the 2013 edition of the largest exercise in the Central Command Area of Operation is seen by some analyst as a sign that the U.S. has started to amass a fighter jet armada near Syria, to manage an eventual No-Fly Zone.

Check out these interesting shots of a Viper from the 149th Fighter Wing with the “new” paint that has replaced the older two-tone gray as the standard paint scheme for USAF F-16s. The U.S. Air […]