On Oct. 3, with a ceremony held at Istres airbase, the French Air Force celebrated 50 years of French deterrence by the Forces Aériennes Strategiques which are responsible for Paris’s nuclear weapons.

The first nuclear alert took place on Oct. 8, 1964 with a Dassault Mirage IV, armed with AN-11 nuclear bombs, supported by a Boeing KC-135 Stratotanker of the so-called Force de Frappe (French for Strike Force). 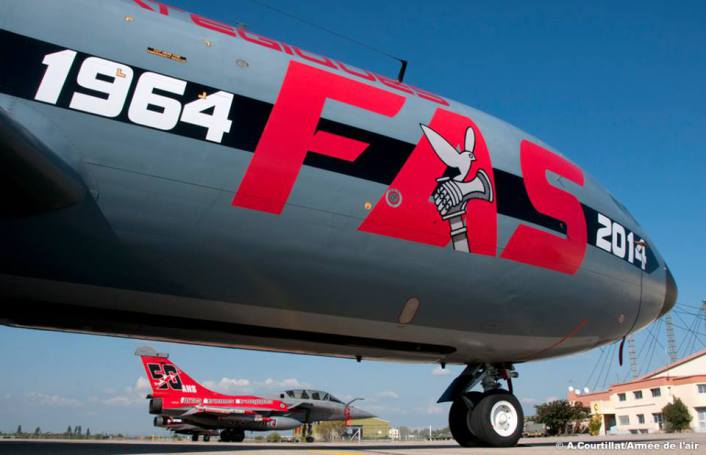 French assets of the FAS have been on continouos alert since then, an achievement marked with three special colors: a Rafale, a Mirage 2000N and a C-135FR. 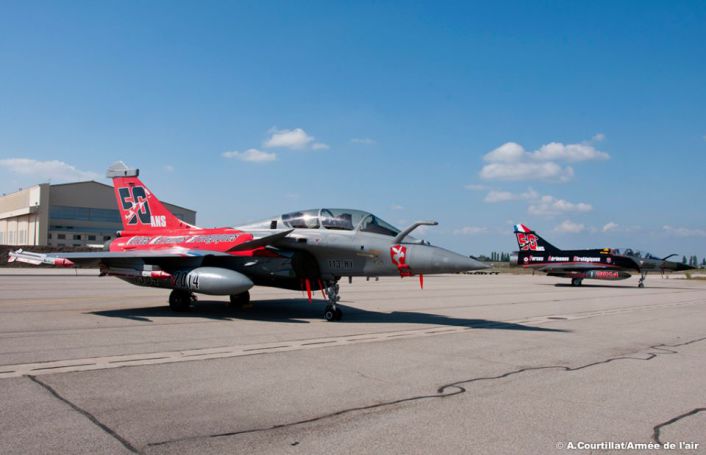 Two are the nuclear squadrons of the French Air Force, each consisting of 20 aircraft: EC (Escadron de chasse) 1/91 Gascogne at Saint-Dizier equipped with the Rafale B, and EC 2/4 Lafayette at Istres equipped with the Mirage 2000N.