There is a place not far from Area 51, where you can get some really cool pictures of Red Flag participants.

As an aviation enthusiast I grew up with camera in hand seeking hard to capture, extraordinary photos of military aircraft in action.

While working the airshow and airfield circuit offered satisfaction, the evolution of the Internet has only wet the appetite for what I now reference as “trophy shots.” I freely admit the photo envy that I experience of catching aircraft in action, such as those low level training flights over Wales in the UK.

A resident of the United States has few options to catch similar action, but fortunately one such location that offers “trophy shot potential” is found in the Nevada desert just south of the small town of Rachel. Traveling north on the Extraterrestrial Highway adjacent to Area 51 and the Nevada Test and Training Range (NTTR), one crests Coyote Summit where the two hills immediately to the south and west offer promising if not unassuming vantage points. 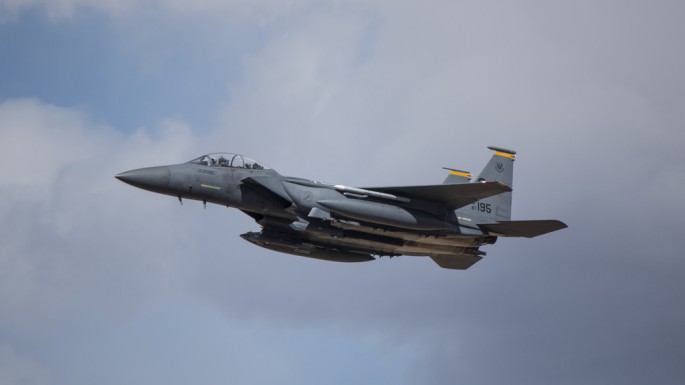 Red Flag exercises are well known amongst the aviation enthusiast community as international military exercises featuring a broad array of the latest military aircraft from a variety of friendly nations. The exercises typically take place over two or three week periods, three times a year. The typical F-15C, F-15E, F-16, F-18, F-22, A-10 aircraft are joined by the B-1B, B-52, B-2, Growler, Tornado, Typhoon, Gripen, Mirage, Wedgetail, C-130, HH-60 and more.

Aircraft visit from Singapore, Israel, Middle Eastern nations, throughout Europe, India and beyond.

Few exercises offer the opportunity to see such a broad array of aircraft and countries represented. For those photographers base side, scores of take offs and landings each day will offer hundreds of photo taking opportunities, a point not lost on the near 100 international photographers that show up during Red Flag launch and recovery.

While I liken a base side photo shoot at Nellis AFB, a full value visit to a world class zoo, a drive 2 hours north to Coyote Summit is akin to going on safari.

There is no guarantee you will see low level passes at Coyote, but in my opinion the risk/reward is worth it, as “spectacular results require a spectacular effort.” The summit provides a base camp for the 15 – 25 minute hike up a choice of two hills to the best vantage point. 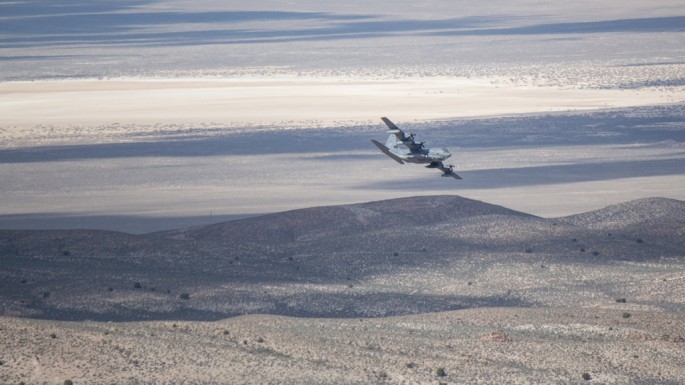 I consider my experience good, given 3 of the 5 days I have spent at Coyote have featured low level passes, and 1 of those 5 days has been ultimately spectacular. Regardless, each visit has yielded plenty of activity. A military scanner is a must to enjoy the radio chatter, play by play as your eyes chase sonic booms and contrails of the jets maneuvering at altitude overhead. Tactics are demonstrated, and interesting insights are gained. However, the veteran Coyote visitor knows to keep their eyes on the horizon watching for the strikers, incoming aircraft flying nap of the earth with practice bombs slung under wing headed to their targets for delivery – no signature required.

If you are fortunate, those strikers will come your way. Typically in pairs, F-15Es, F-18s, Tornados, F-16s, B-1Bs or others will drop over the ridges to the east or south, make their way up the open valley and roar past Coyote Summit close to eye level. For an enthusiast it is an absolute thrill, and holds promise for the trophy shot. 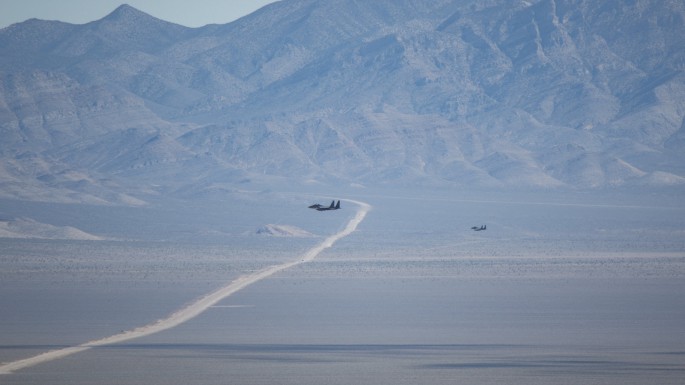 Most people I know think this is an odd activity, but enthusiasts understand. We want our “digital walls” covered with trophies, preferably from our own hand. Those trophies provide a sense of personal accomplishment and capture a moment in time we can relive over and over again.

Shortly after my visit to Coyote summit I was on a sales call visiting a potential customer in Reno, Nevada. In our preamble he asked me if I liked hunting. I replied, “I love it, but the game I hunt is a little odd.” His face couldn’t hide his curiosity as he asked, “Why, what do you hunt?” I smiled, “I hunt military aircraft…..with a camera.” Instead of looking at me curiously, his eyes lit up and he began sharing stories of his best spotting days when he used to do contract work on the Extraterrestrial Highway, and on the NTTR. In the spirit of hunting, I had found a new friend. 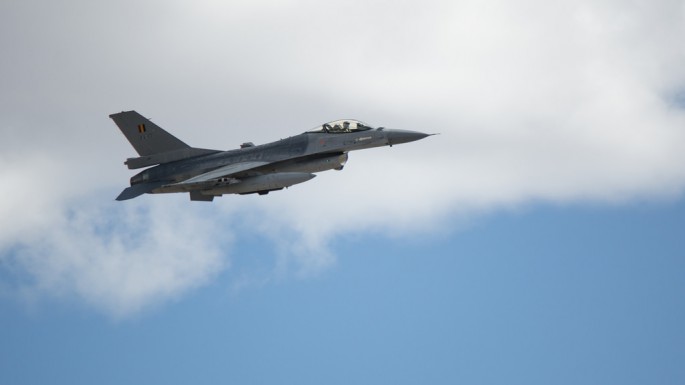 Awesome footage from aboard one the last USAF F-4s, as it flies in formation with another Phantom over the amazing scenery of the Grand Canyon. The U.S. Air Force retired its last F-4 Phantom at […]