Red Flag, world’s largest and more realistic exercise, has come back after the remaining editions of 2013 were cancelled as a consequence of the budged cuts imposed by the infamous sequestration.

The exercise, organized and conducted by the 414th Combat Training Squadron at Nellis Air Force Base and on the Nevada Test and Training Range (NTTR), a military training area of more than 12,000 square miles of airspace and 2.9 million acres of land where about 2,000 possible targets and anti-aircraft systems are dispersed to simulate a realistic battlefield, aims to train pilots from the U.S. and allied air forces to operate, survive and win together in a modern war.

The drills feature also the bad guys, an adversary air force with F-15s and F-16s from the Air Force’s 64th and 65th AGRS (Aggressors Squadrons) whose taks is to threaten strike packages and prevent them to attack their targets. 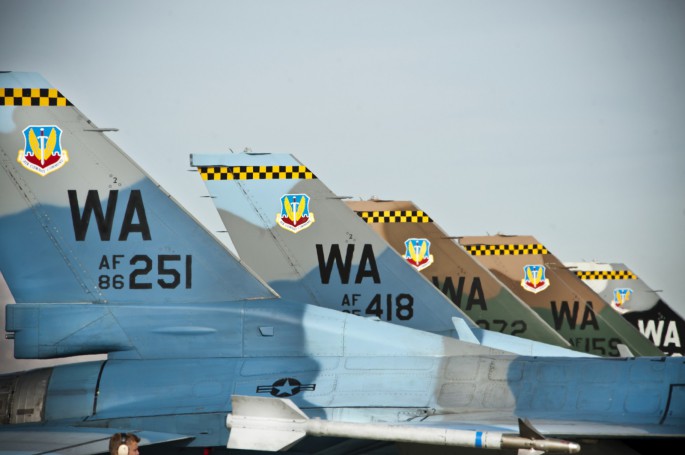 Around 150 aircraft are scheduled to attend this year’s first Red Flag that, as usual, will feature two daily “waves” lasting up to five hours. Once again, along with the most important U.S. assets, including the F-22 Raptor stealth fighters and F-15E Strike Eagles, Nellis Air Force Base is hosting some allied contingents. 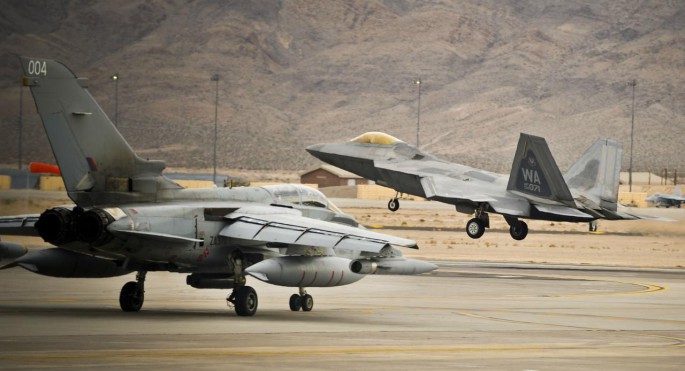 Among them, the Royal Australian Air Force, withi its F-18s and E-7, as well as the Royal Air Force with the Tornado GR4s from 9 Sqn at Marham, one E-3D Sentry from 8 Sqn at RAF Waddington and Eurofighter Typhoons FGR4s  from 6 Squadron based at RAF Leuchars that will operate in the swing role. 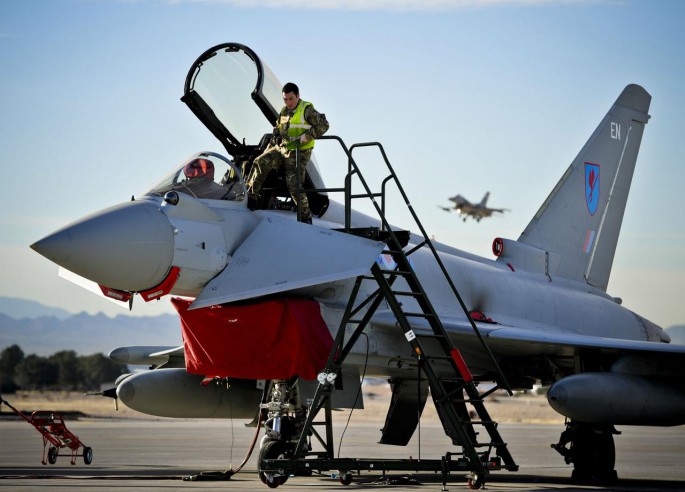 Scenes from next James Bond’s “Skyfall” movie have leaked on Youtube. Although the footages and images were actually uploaded on the Internet in March 2012, the news has spread during the Farnborough International Airshow 2012 […]

Several spotters have noticed interesting weapon markings on some of the Buzzards “Vipers” deployed to the UK. Last week, the F-16s of the 31st Fighter Wing, from Aviano Air Base, Italy, have started returning home […]