Anti-skid lockup on a Mig-29 documented by these stunning photos.

Taken at Kecskemet airbase in Hungary in 2003, when the Hungarian Air Force operated the Fulcrum fighter jets (later replaced by the SAAB Gripen), the following images shows a single-seat Mig-29 experiencing a wheel brake anti-skid controls lockup on landing.

As you can see, in spite of yawing to the left, the aircraft finished its landing run within the runway. As a consequence of the antiskid failure, there were burst/exploded tyres with subsequent damage to the wheel-rims. 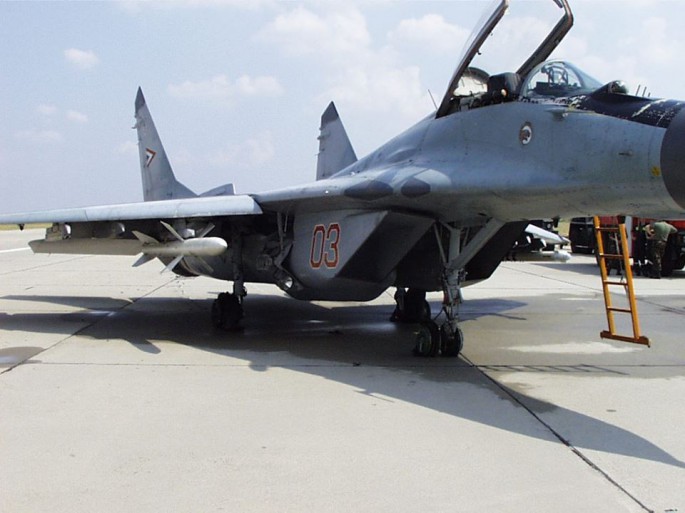 This explains the importance of the anti-skid system and why some military aircraft have to check the antiskid activation and radio the check to the TWR before landing (the F-104 was one of those when it flew with the Italian Air Force). 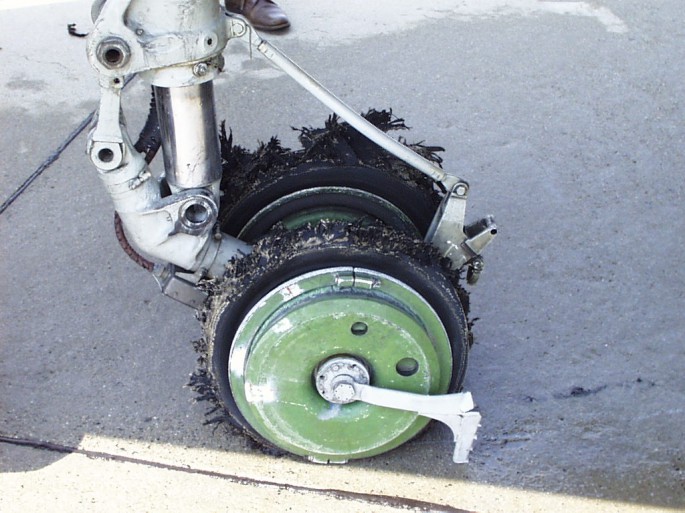 Here’s a detail of a burst tyre of the main landing gear. 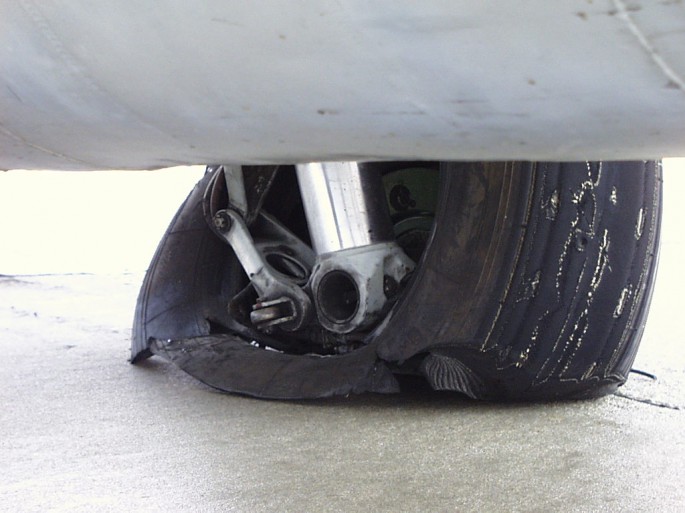