On Feb. 21, 2013, a formation of six C-130 Hercules from Yokota Air Base, Japan participated in a mission whose aim was to practice  large formation airlift tactics and procedures.

In the image below, the aircraft perform a so-called Elephant Walk, taxiing in sequence for the active runway. 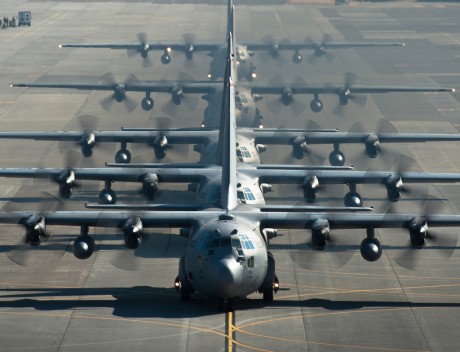 The following photograph shows the Hercules airlifters of the 374th Airlift Wing leaving smoke trails in the skies over Yokota. 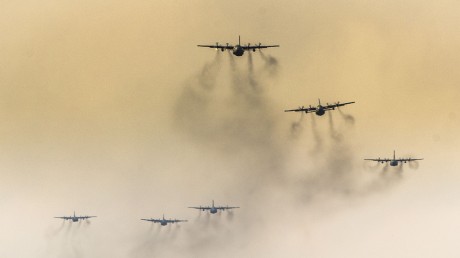 This photo shows the largest C-130J formation ever flown

Twenty C-130Js belonging to the 317th Airlift Group from Dyess Air Force Base, Texas, set the world record for the largest C-130J formation ever flown in a single formation. As said, this was a Super […]

F-22 Raptors may be deployed to Europe as part of a Theater Security Package. It looks like the military build-up in eastern Europe may soon feature some multi-role stealth planes. In fact, according to Air […]