Even if the future of the F-35 in the Royal Canadian Air Force is at least uncertain, after the program was “reset” (with several other replacement combat planes being considered, including the Super Hornet, the Rafale and the Typhoon) because of the problems, schedule slippages and cost overruns, Al Clark has drawn a digital mock-up (first published in the March issue of Air Force Monthly magazine) of how the Joint Strike Fighter would look like in Canadian service.

Interestingly, Al imagined the F-35 not only in the standard overall grey color scheme, but also in the same livery of the 2012’s RCAF CF-18 demo team. 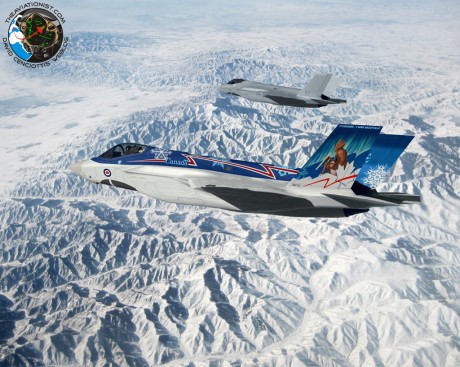 F-22 will provide targeting for submarine based Tomahawk cruise missiles

In an interview General Hawk Carlisle gave to Breaking Defense, the PACAF commander provided several interesting examples of how Pacific Defense is reshaping around capabilities becoming available across the different services. One of them, sees 5th […]