Shortly before the F-35 fleetwide grounding was lifted (as investigation found that cracked turbine blade affected only overused test plane and no redesign is needed), Reuters reported that during an Airshow in Australia held in Southern Victoria the Pentagon’s program chief for the F-35 project, U.S. Lieutenant-General Christopher Bogdan, made some stinging comments towards the two contractors (Lockheed Martin & Pratt & Whitney) and accused them of “trying to squeeze every nickel out of the U.S Government” and failing to see the long term benefits of the project.

“I want them both to start behaving like they want to be around for 40 years,” he added. “I want them to take on some of the risk of this program, I want them to invest in cost reductions, I want them to do the things that will build a better relationship. I’m not getting all that love yet.”

Reuters said they approached a Lockheed Martin executive who declined to comment on the remarks made by Bogdan, saying he was unaware of them.

Bogdan is flying back to the U.S. to hear if any of the funding or the program is to be cut in the latest round of budget cuts within the Pentagon. Currently $6 billion is set aside for the development of the program.

Bogdan said of the possibility of losing some of his funding: “I need every penny of that $6 billion to get over the finish line, [..] if they take money out of development something’s going to have to give. I’m either going to have to push the program out or I’m going to have to shed capability.”

In the meanwhile, sequestration or not, the F-22 does not suffer so many budget constraints just having being awarded a $6.9 billion upgrade “indefinite-delivery/indefinite-quantity” contract. 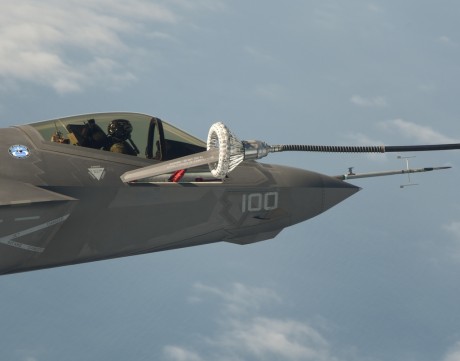 [Photo] Two Lightnings fly together: F-35A and P-38 over Luke Air Force Base