Here’s another impressive video of a B-1 Lancer’s night departure during Red Flag 13-2 currently underway at Nellis Air Force Base, Nevada.

Taken from a different point of observation, it shows one of the five Bones of the 28th Bomb Squadron (7th Bomb Wing) currently involved in the exercise, launching from runway 03R.

What’s amazing is how long the bomber keeps the reheat on after taking to the air to accelerate, compared to lighter fighter jets. 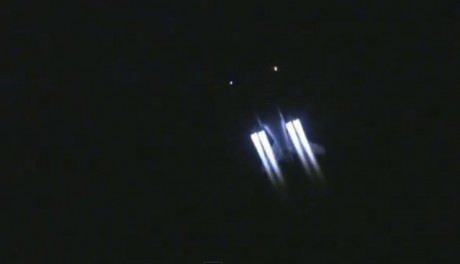 The U.S. Air Force Has Secretly Built and Flown A Full-Scale Demonstrator Of Its Next Generation Fighter

The First Demonstrator Of A Next Gen. Fighter Aircraft has Already Flown With The U.S. Air Force. Dr. Will Roper, the Assistant Secretary of the Air Force for Acquisition, Technology and Logistics, announced yesterday that […]

U.S. A-10s Thunderbolt II aircraft deployed to Europe to take part in Sabre Strike 18 have conducted “rough field training” in Estonia. Thanks to its engines mounted far from the surface of the runway, the […]