The U.S. Air Force is trying to turn the targeting pods carried by some of its legacy fighters and the B-1 Lancer bomber, into flying wireless routers that would allow ground troops to communicate each other.

Tested by the 40th Flight Test Squadron at Eglin Air Force Base, Florida, on an A-10 Warthog, the flying router is a software upgrade called Net-T (network tactical) for the Litening II and Sniper advanced targeting pods. 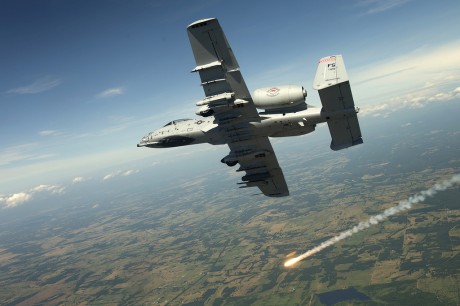 It allows ground units on patrol to interconnect each other by way of Remote Operations Video Enhanced Receiver (ROVER) 5, a portable terminal similar to a tablet or a mini-iPAD that JTACs (Joint Terminal Attack Controllers) use to receive realtime footage from the aircraft targeting pods.

ROVER systems are used by JTACs to determine whether the pilot on a nearby combat plane is cueing the weapons to the correct ground target.

Until now, ROVERs could only upload and download data from a nearby aircraft. With the new capability, that has begun developmental testing in October 2012 and flown 23 sorties so far, data streams from different terminals will be routed by the pod.

In other words, different units on the ground, in “line of sight” to the fighter plane, will be able to exchange imagery, maps and any file type without relying on satellite or radio communication.

Obviously, such wireless network will need to be protected with proper security measures, in order to prevent enemy from eavesdropping traffic or sending malware to the various peers.

According to Maj. Olivia Elliot, the 40th FLTS A-10 flight commander who undertook the test flight for the Warthog, the Net-T portion of the targeting pod is quite easy to operate and once the proper settings are configured “it’s a single button push” and the pilot’s only concern is to remain within range of the system. 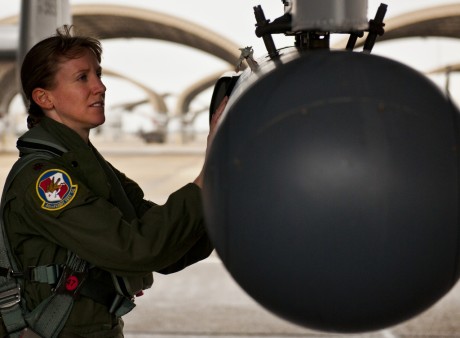 During testing activity aimed to discover the operational envelope of the system, five ROVER terminals were set up within the Eglin range and data exchange was tested on a variety of aircraft and pod types, including F-16, F-15E and B-1B.

Such tests by 53rd Wing’s “Team Eglin” will be used to validate the system, that is expected to enter the active service by 2014.

The U-2 Dragon Lady is probably one the most difficult plane to land in the world. That’s why, U-2 spyplanes need chase automobiles to supervise take offs, landings (and touch and gos). Such sport cars […]