Taken on Aug. 22 by Rob Birmingham, the following image shows a U.S. F-15E belonging from RAF Lakenheath as it generates a condensation cloud during a low level sortie in the famous Mach Loop.

The cloud is generated by a rapid decrease of pressure in the airflow around the aircraft at high speed and in moisty weather conditions.

Note the quite “heavy” configuration of the Strike Eagle.

A larger version of the same picture is available here. 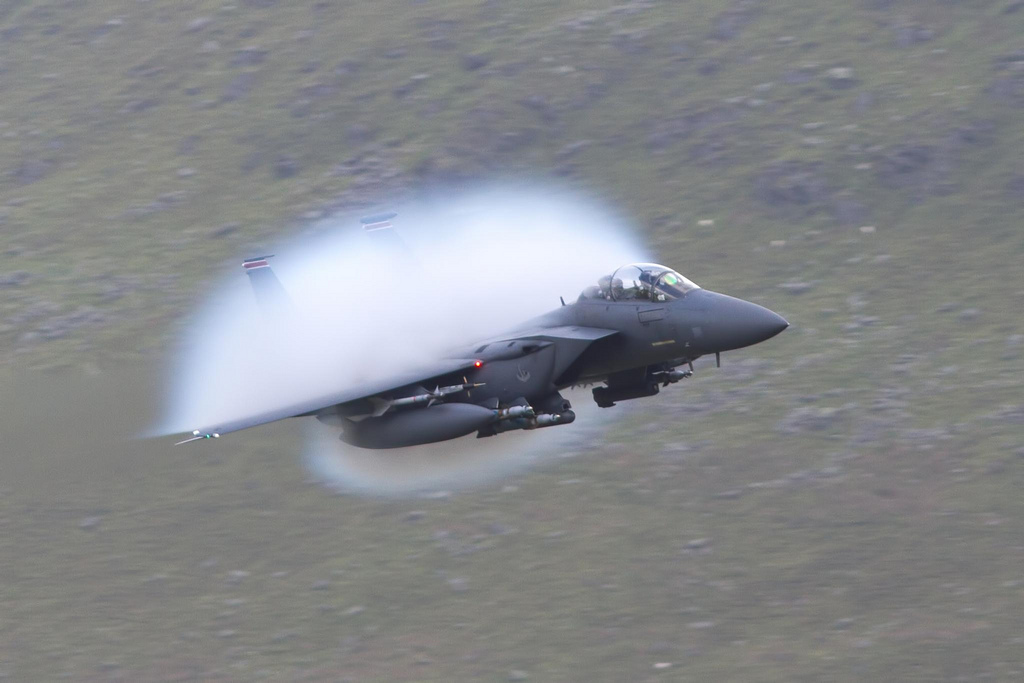 As a side note: the British MoD has published an image of an “F15 Strike Eagle taking off from USS Enterprise” (obviously, it’s not an F-15E but an F/A-18F Super Hornet).

“A-10 will always be better than F-35 in Close Air Support. In all the other missions the JSF wins” F-35 pilot says

…and (quite obviously) the F-22 will always be better in Air-to-Air combat. But, in all the other missions the F-35 wins. It’s wrong to compare the F-35 with any other asset that was designed to […]