According to “youmustvotenato”, the user who posted it to Reddit, the following picture was taken after the fire suppression system base went off because of a spark from a welder set.

Clearly visible in the image an F-15 belonging to the 85th TES (Test and Evaluation Squadron), an F-16 of the 40 FLTS (Flight Test Squadron), and an A-10 (most probably belonging too to the 46th Test Wing): based on the the tail codes, the hangar must have been one used by the 46th TW at Eglin Air Force Base, Florida. 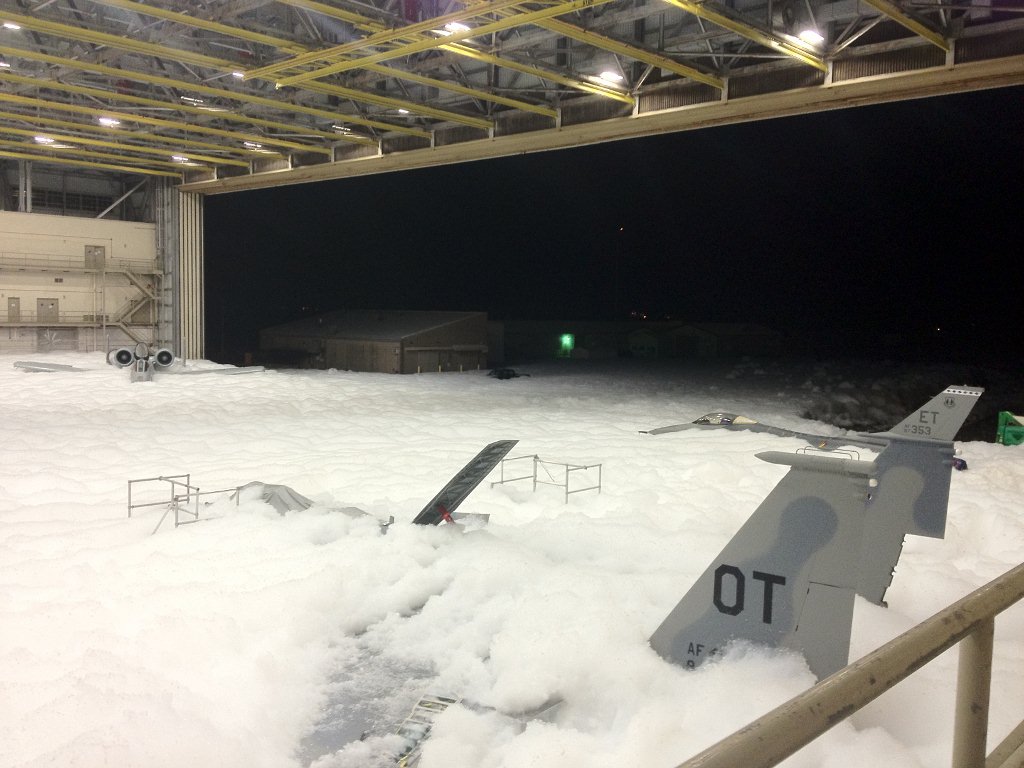 The foam generators suspended from the ceiling released suppressant similar to soap that submerged the planes in the hangar. It takes two minutes to fill a 90,000 square-foot hangar with more than three feet of  two percent high-expansion biodegradable foam.

Thanks to @Menzo2003 for the heads-up