They show the Space Shuttle Discovery mounted atop NASA Shuttle Carrier Aircraft SCA (NASA 905) shortly after take off from Kennedy Space Center, in Florida, at about 7 a.m. EDT on on Apr. 17.

The duo, followed by a T-38 chase plane (whose backseater carried the camera that took the cool images), headed south to fly over Brevard County’s beach communities for residents to get a look at the shuttle before it left the Space Coast for the last time. 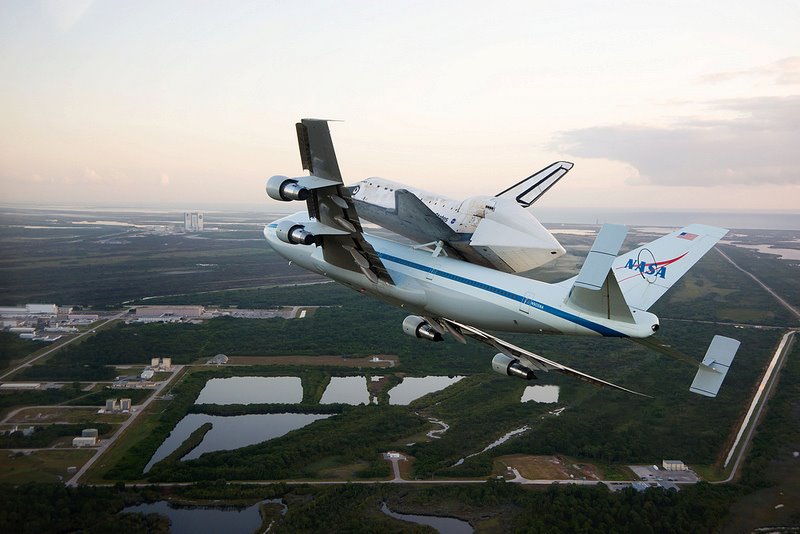 Auction House Lists Rare X-15 Photo with Autographs of Neil Armstrong, Pete Knight, Scott Crossfield and More. With holiday shopping season here, what do you get for the wealthy aviation collector who has everything? An […]

The second spacewalk by International Space Station astronauts Chris Cassidy, a former Navy Seal, and Luca Parmitano, an Italian Air Force test pilot, was aborted after 1 hour and 32 minutes on Jul. 16 after […]