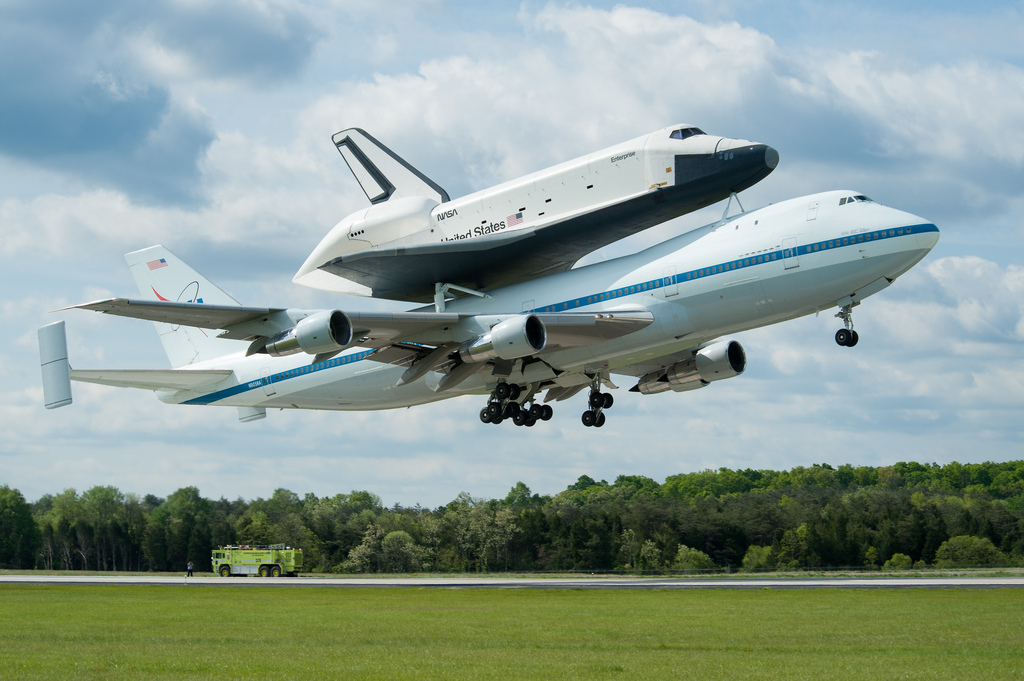 Since the modified Boeing 747 is not equipped with ADS-B, the flight could not be tracked on either Flight Radar 24, Flight Aware or Plane Finder. However, radio comms were broadcast on the Internet thanks to Live ATC, whose feed let the world hear the “mothership” as it overflew the Hudson River at altitudes between 1,500 and 3,000 ft, chased by a NASA T-38 (radio callsign “Bovic 18″), before performing a flyover LGA airport and landing at JFK.

As the SCA flew over NYC, other traffic was slightly delayed as shown in this Plane Finder screen capture:

Enterprise was the first Shuttle orbiter ever built for NASA and it was the only one that has never been in space: it was used to perform test flights in the atmosphere and was incapable of spaceflight.

Originally housed at the Smithsonian’s Steven F. Udvar-Hazy Center, Enterprise will be demated from the SCA and placed on a barge that will eventually be moved by tugboat up the Hudson River to the Intrepid Sea, Air & Space Museum in June. 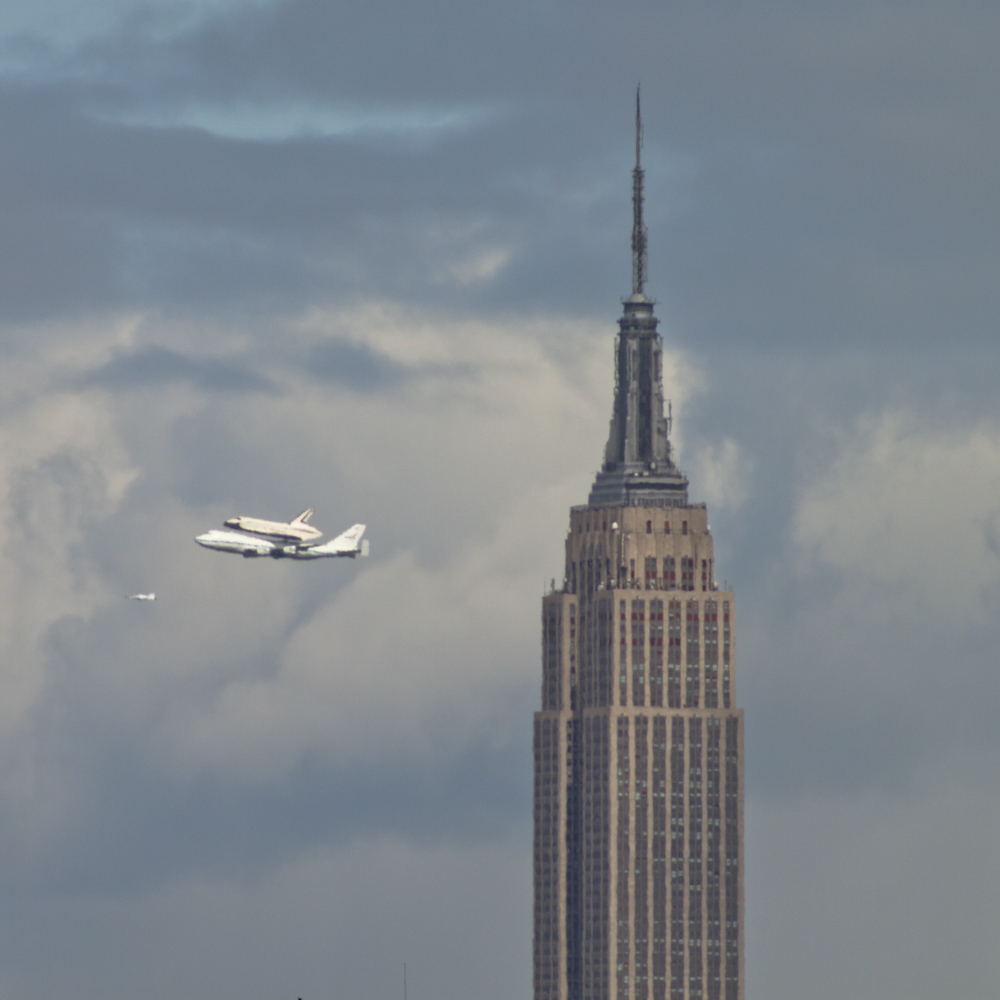 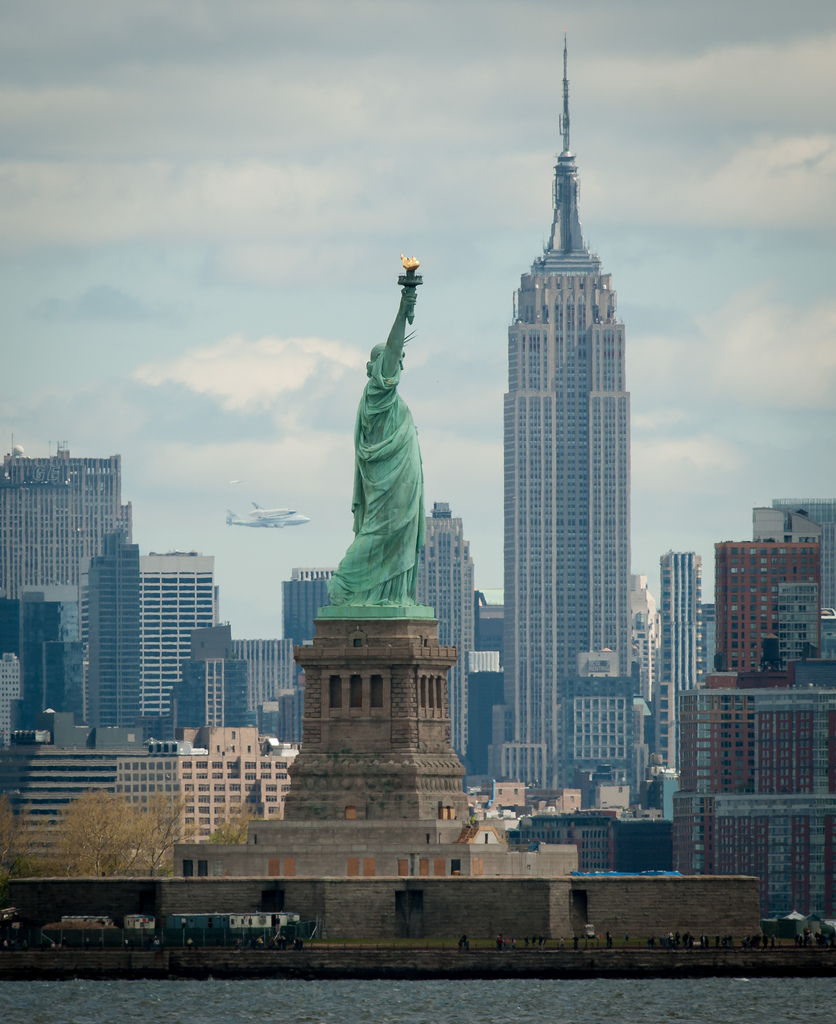 In 2012 we reported about the Space Shuttle Orbiters being moved across the U.S. atop NASA’s modified Boeing 747 SCA (Shuttle Carrier Aircraft). We followed Discovery’s trip over Washington DC on its way to the […]