Chased by a NASA T-38 (radio callsign “Pluto 98”), the SCA, that had taken off from Kennedy Space Center, circled four times over the Capitol area, before landing on runway 1R at Washington Dulles airport at 11.05 LT. Civil arrivals at Dulles were temporarily placed into holdings by the ATC controllers, while the “Plutos” performed their flyover.

As the SCA moved to land, the T-38 chase was so low on gas it requested an expedited landing on runway 1C due to fuel state.

Someone noted the T-38 pilot had a frog in his mouth. Not for watching the last landing of OV103, but for his own fuel status? 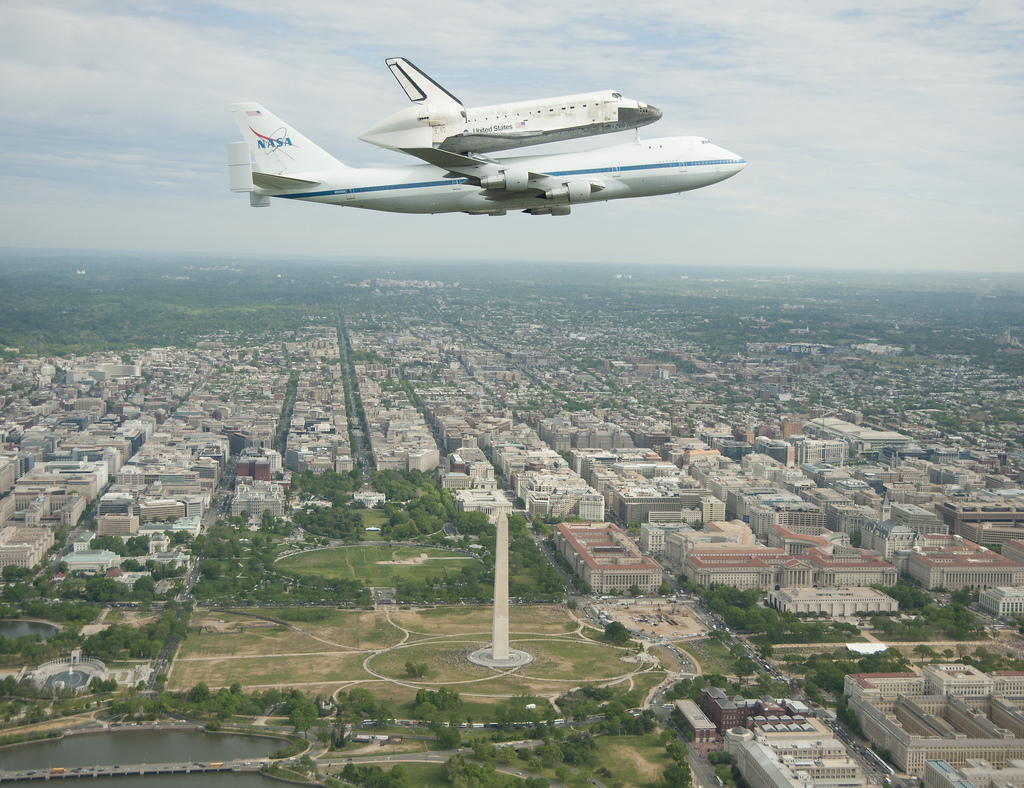 NASA will transfer Discovery to the National Air and Space Museum.

On Apr. 23, NASA’s 747 Shuttle Carrier Aircraft (SCA) with Enterprise will fly at a relatively low altitude over various parts of the New York City metropolitan area between 9:30 and 11:30 a.m. EDT.

NASA’s Dryden Research Center operated a B-52H as an air launch platform for advanced aerospace research vehicles. The mothership plane, a former Air Force bird serialled 61-0025, was based at Edwards Air Force Base, on […]