Whilst the USS Guardian remained aground on the Tubbataha Reef, U.S. forces conducted a three-day exercise with the Philippine Air Force (PAF) in Palawan.

At their very first time in the Philippines, the USMC’s Osprey flew low-altitude training sorties along routes pre-approved by the local government and already used in previous flight training exercises. 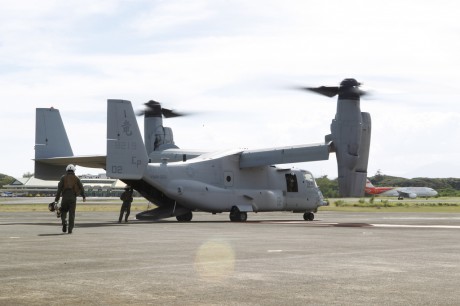