On Mar. 17, a FARS News Agency article announced the production of the Shaparak (Butterfly), a new drone that can perform a wide variety of missions, including surveillance and border patrol.

The new robot has an endurance of about 3.5 hours, a maximum operational range of 50 kilometers (31 miles), and a ceiling of 15,000 feet (4,572 meters). Powered with a two-cylinder engine, the remotely piloted aircraft is equipped with three digital color cameras to transmit hi-rez footage to the ground control station, and can carry an 8-Kg payload.

The Shaparak is only the last one of a long series of made-in-Iran drones making the news lately.

UAVs believed to be either based on Iranian types or sold by the Tehran regime spying on the rebels activities have characterized the Syrian uprising in the last few weeks. This highlights that, although some were actually much similar to remote controlled scale models than real unmanned aircraft, in spite of foreign sanctions, Iran is continuing building new drones, some of those are successfully exported to local allies.

Noteworthy, the same FARS article traces the recent history of the Iranian industry in the production of UCAVs (Unmanned Combat Aerial Vehicles). 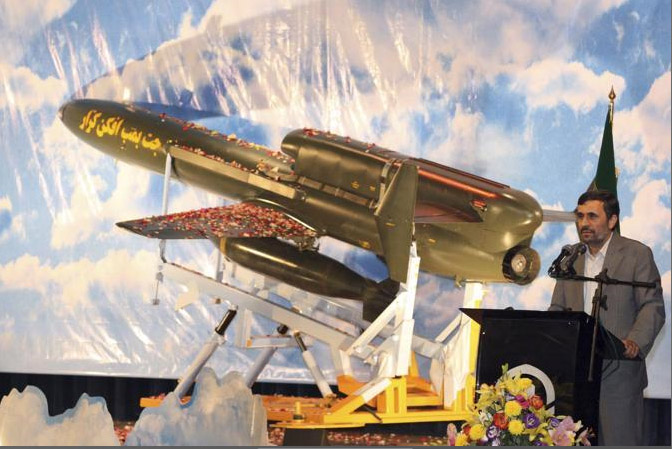 It’s not easy to move 28 aircraft and keep the deployment confidential. Satellite imagery released in the last couple of days has exposed the presence of 28 Russian aircraft at al-Assad airfield, near Latakia, in […]

For the second time in three days, strike aircraft of the Israeli Air Force (IAF) attacked targets in the vicinity of Damascus International Airport.  The targets are alleged to have been shipments of Syrian ballistic […]