From Jan. 16 to 20, Swiss and Austrian Air Force jets contributed to the security of the WEF international conference at Davos, Switzerland.

This year’s Swiss Air Force MOB (Main Operating Base) was Sion airbase, in southwestern Switzerland, with Meiringen airfield being its alternate.

The Aviationist’s contributor Alessandro Fucito went to Sion and took the stunning photographs in this post. 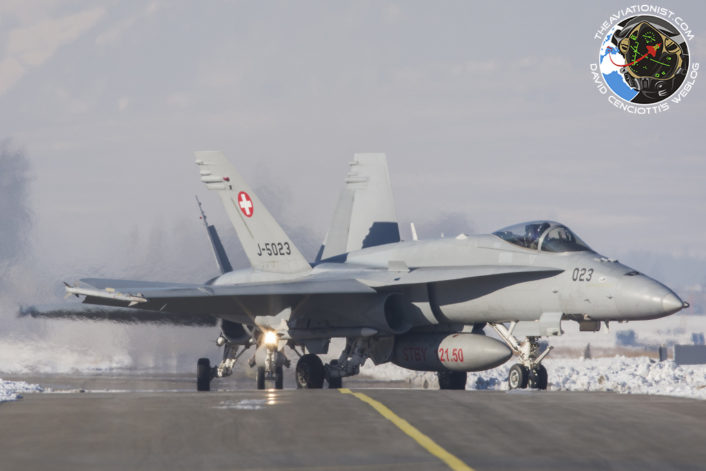 The Hornet jets taking part in the air policing missions to enforce the NFZ (No Fly Zone) over Davos carried 2 live AIM-9X Sidewinders at the wingtips and either two live AIM-120 AMRAAM (Advanced Medium Range Air to Air Missiles) or one AIM-120 and the ATFLIR (Advanced Targeting Forward Looking Infra Red) pod, particularly useful to perform long-range visual IDs (as shown by the U.S. Navy in Syria…) 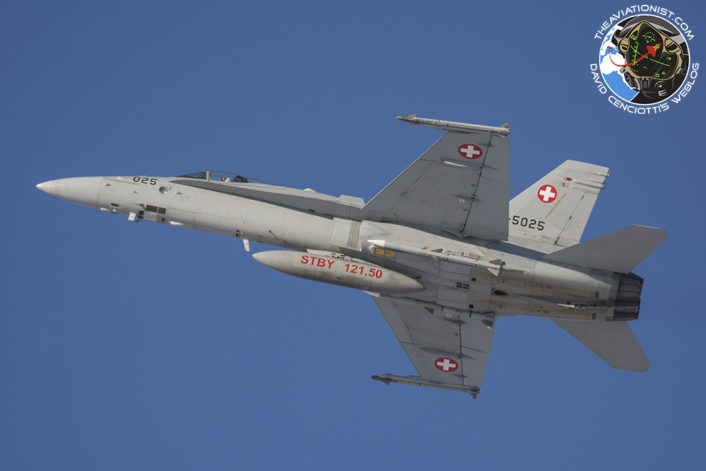 All the Hornets had the text “STBY 121.5” message on their 1,200 lt centerline external fuel tank: a message to any intercepted aircraft to switch their radio to the international VHF emergency frequency 121.5 MHz to get instructions from the interceptor and the air defense radar. 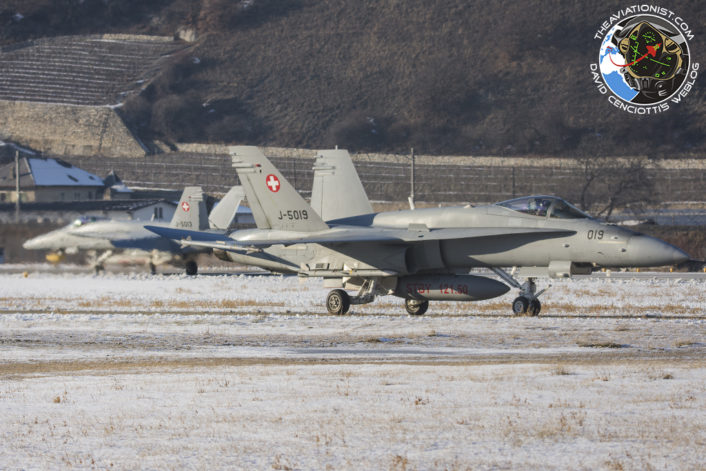 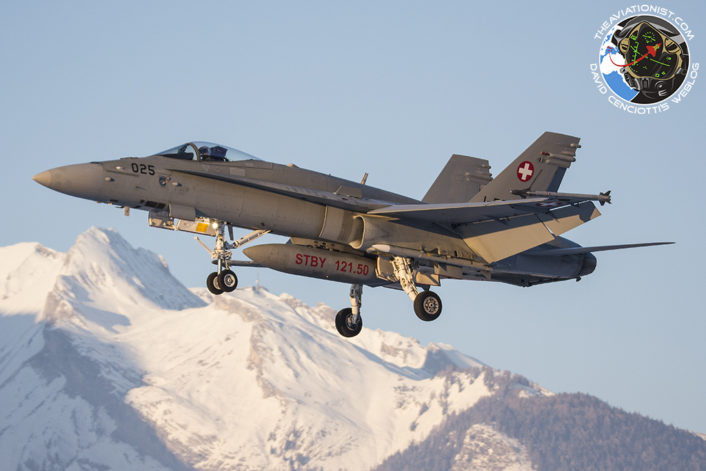 Although several F-5E Tigers from Fliegerstaffel 19 operated from Sion during WEF, unlike the past years, neither of these seemed to carry live AIM-9P Sidewinder IR-guided AAMs (Air-to-Air Missiles) at the wingtips meaning that they were either flying with their 20mm gun only or were not actively taking part in the air cover of the Davos conference. 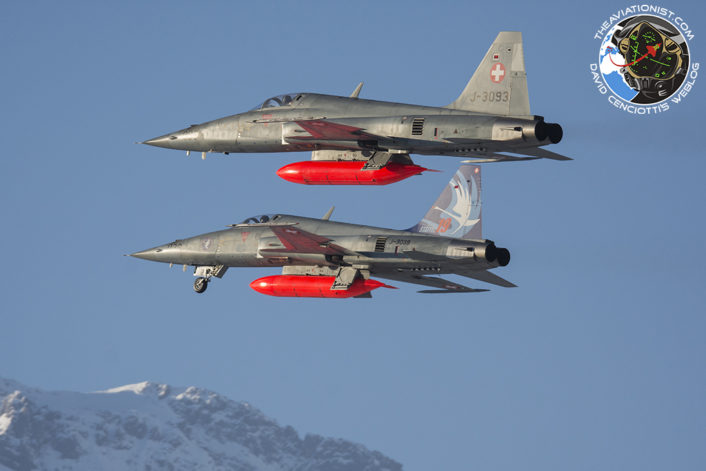 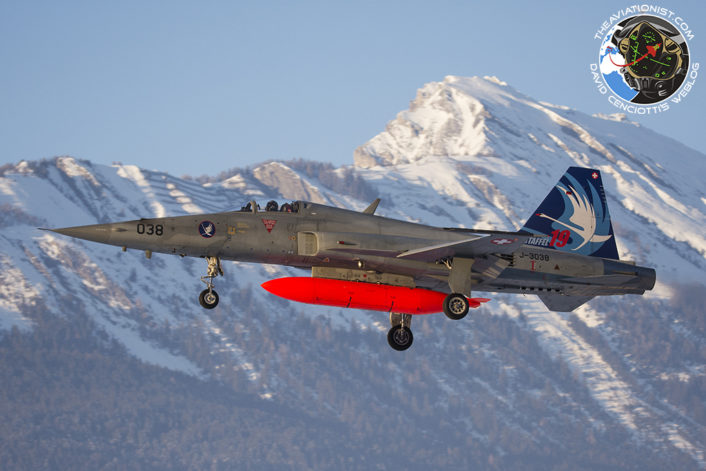 Dealing with the Austrian Air Force, the Eurofighter Typhoons based at Zeltweg (and usually deployed to Innsbruck to fly air policing missions with a single IRIS-T missile and two fuel tanks), supported the WEF 2017 air cover as part of this year’s airspace security operation dubbed “Daedalus 17.”

Among the two Olympic Games themed stencils that the famous street artist Banksy has painted on walls in unknown locations, there is also a javelin thrower armed with an air-to-air missile. Similar to an AIM-9(N) […]