The precision strategic long-range strike crossed Iranian and Iraqi airspace and, according to the Russian MoD, the targets (terrorist group’s command centers, weapon stockpiles and armored vehicles) were completely destroyed.

The Russian Defense Ministry reported that the six bombers were supported by a fighter escort (four Su-30SMs) launched from the Russian base at Khmeimim (Hmeimim Air Base) in western Syria.

The primary bomber aircraft on the strike are the latest version of the TU-22 “Backfire” series bombers. Production of the aircraft ended in 1993 but updates to targeting and avionics have likely continued.

Based on an examination of the BDA (Bomb Damage Assessment) and targeting strike video, it would appear that the weapons employed were, as usual, unguided “dumb” bombs released under precision sighting from the Russian bombers. The weapons appear to be one of the Russian FAB series unguided bombs, either the FAB-250 (500 lb) bombs or the larger FAB-500 (1,000 lb) bombs. 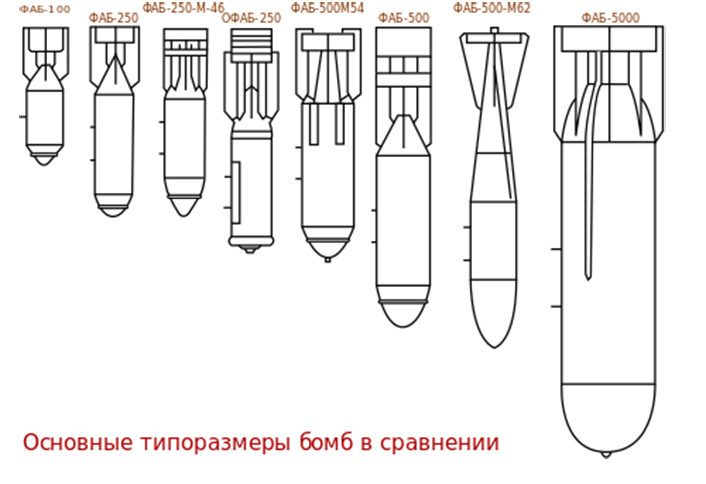 Unguided bombs employed using precision strike technology from the bombers themselves have the advantage of not requiring time-consuming targeting data often required by laser designated, GPS-guided or optically guided air-delivered weapons. As a result the Russian forces can prosecute targets more quickly since fewer targeting assets in the region are required.

No intelligence was released indicating how targeting was achieved for the airstrikes.

The Tu-22M3 is internally equipped with the Leninets PNA-D precision ground attack radar for targeting and the SMKRITS RORSAT Targeting Datalink Receiver (Molniya satcom) for remote target designation. The aircraft is also equipped with an OPB-15 remote optical bombsight. The strike video may have been shot using the aircraft’s onboard AFA-15 strike camera.

The strikes appeared to have been conducted from medium to high altitude based on the videos.

In 2010, the Russian Air Force operated 93 of the Tu-22 bombers in several versions while Russian Naval Aviation flew 58 Tu-22’s according to public sources.

Although Russia did not officially name the units involved it is most likely the raids were flown by aircraft from the 52nd Heavy Bomber Aviation Regiment at Shaykovka and/or the 840th Heavy Bomber Regiment at Soltsy-2 in Novgorod Oblast, Russia.

This follows a similar raid on strategic targets in Syria flown earlier this week on Saturday.

According to a report written by Reuters two Russian bombers briefly entered Japan’s air space near its major southern island of Kyushu on Thursday 22 August. The two Tu-95 spent no more than 2 minutes […]

Confusion surrounds the causes of the loss. U.S. military says they believe the aircraft was shot down by Syrian Air Defense. Russians mention the proximity of Israeli F-16 Jets and French frigate in the area […]