During the drills, the 56th RQS aircrews trained alongside USAF CV-22 Osprey Tiltrotors of the 7th Special Operations Squadron from RAF Mildenhall as well as with Chinook and Apache helicopters from RAF and Army Air Corps respectively. 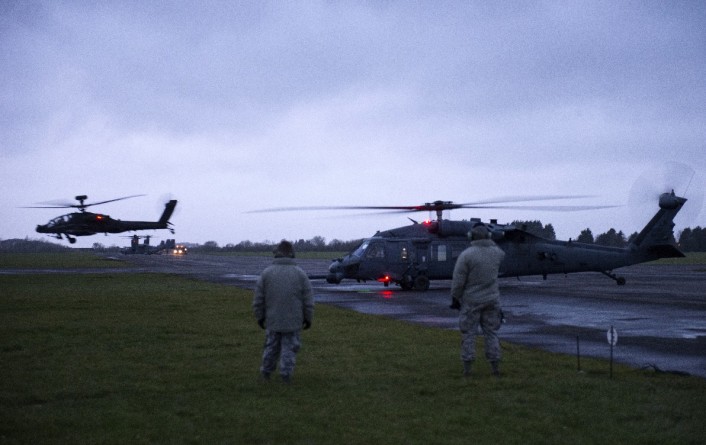 Voijek Valour, that saw the planning and execution of air assault missions onto Salisbury Plain, represented a unique training opportunity for the 56th RQS personnel who ensured the Combat Search And Rescue (CSAR) duties during the exercise. “Because of the nature of our primary mission, we train a lot and take everything very seriously,” said Staff Sgt. Joseph Bland, 56th RQS special missions aviator.

The unit’s tool to perform the mission is the HH-60G Pave Hawk, which is the dedicated USAF CSAR platform since Operation Desert Storm. 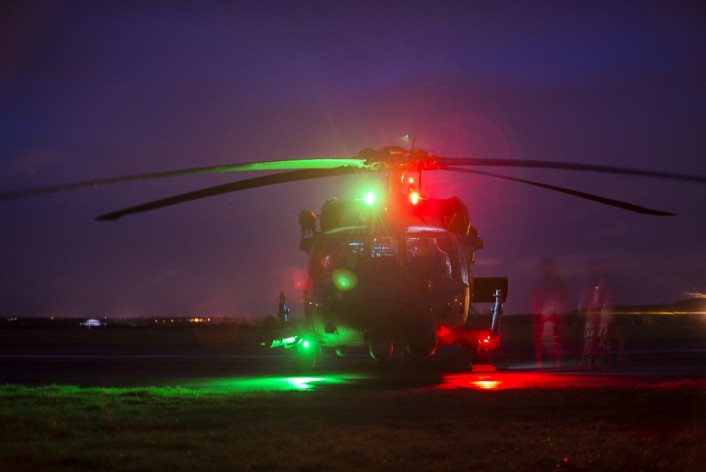 With more than 20 years of service the Pave Hawk has proved to be the ideal CSAR helicopter. “Search and rescue adopted the Black Hawk and threw everything on it that could make it the best search and rescue platform,” explained 1st Lt. Andrej Pulver, 56th RQS co-pilot. “The Pave Hawk is a really capable aircraft, to begin with, and has been designed, from the ground up, to find someone who is in danger and save their life.”

To perform its CSAR duties the HH-60G is fitted with an automatic flight control system, forward-looking infrared system, color weather radar and an engine/rotor blade anti-ice system that assists with finding and rescuing personnel anytime during the day or night. 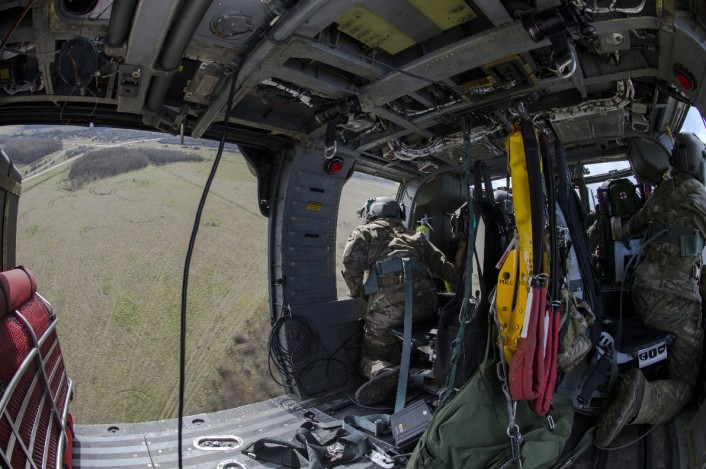 Moreover for a combat rescue conducted behind enemy lines the defense for the helicopter is provided by two crew-served 7.62mm or .50-caliber machineguns.

The HH-60G is also equipped with a retractable, in-flight refueling probe and with internal auxiliary fuel tanks that, as explained by Bland, enable the Pave Hawk to fly longer distances “the best feature of the ‘60, which makes it as versatile as it is, is the fact that it has a refueling probe. We can extend our flight duty day all the way up to crew fatigue, if necessary, because of it.” 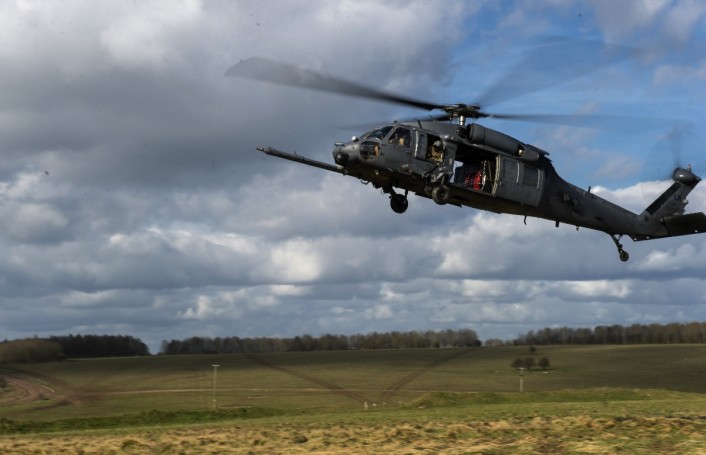 Given the versatility of its machines the 56th Rescue Squadron can perform a wide variety of missions: the unit in fact provides rapid, deployable, worldwide combat search and rescue in support of humanitarian assistance, non-combatant evacuation and disaster relief capability for the U.S. European Command combatant commander and the Joint Chiefs of Staff in peacetime. 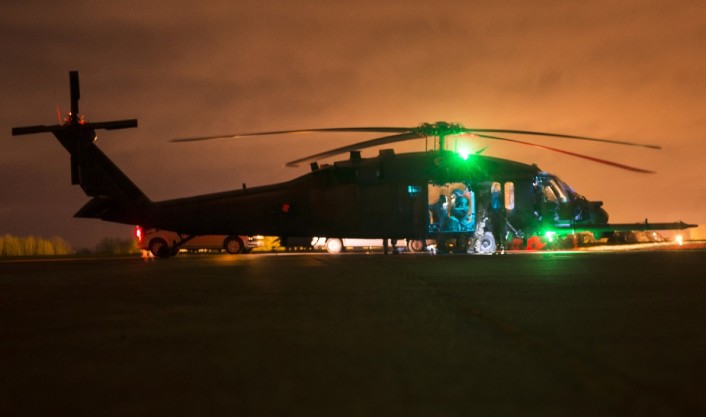 This Week’s DPRK Launch Test Opens New Tensions with Sophisticated Missile. On Nov. 29, 2017, the Democratic People’s Republic of Korea (DPRK) tested a new, claimed-longer range ICBM called the Hwasong-15. It was launched from […]