The multi-role stealth fighters were joined by four Republic of Korea Air Force (ROKAF) F-15 Slam Eagles and U.S. Air Force F-16 Fighting Falcons to perform a “show of force” flyover in the vicinity of the base, in response to recent provocative actions by North Korea: the crisis in the Peninsula deepened this month after Pyongyang, ignoring several international warnings fired a long-range rocket carrying satellite into the space in what world powers consider a prohibited missile test. 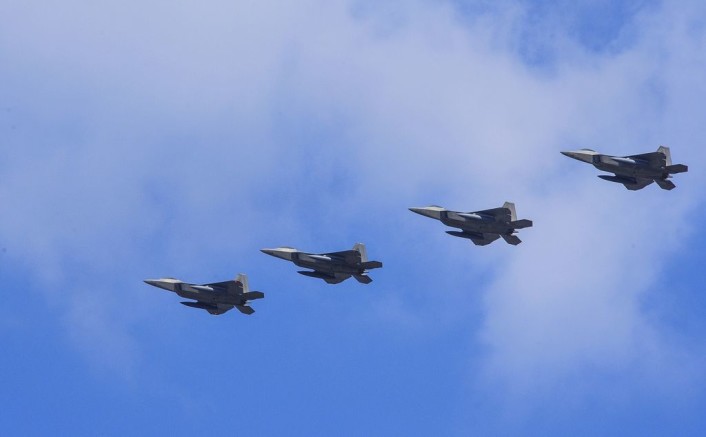 On Jan. 10, 2016 in response to the a previous North Korean nuclear test, a U.S. Air Force B-52 from Andersen Air Force Base, Guam, performed a low-level flight over Osan Air Base, South Korea escorted by South Korean F-15K Slam Eagle and a U.S. F-16 Fighting Falcon.

The F-22 is designed to quickly project air dominance and at great distances (as proved by the 2015 deployment in Europe) and can perform a wide variety of missions: for instance, thanks to its advanced sensors they provide “kinetic situational awareness” to other assets in Syria.

Here is how an F-15E Strike Eagle from RAF Lakenheath went supersonic over Wales, UK, during air combat training with other aircraft of the 48th Fighter Wing. Courtesy of Plane Plotter you can now see […]