On Feb. 17, 2016 the 17th Special Operations Squadron (SOS) of the 353rd Special Operations Group (SOG) from Kadena Air Base, conducted a unit-wide training exercise during which its aircrews performed the first five-ship MC-130J Commando II formation flight in Pacific region.

The interesting pictures in this post were taken during that historic flight from the MC-130J flying in the lead position of the formation and show four of the 17th SOS Commando IIs flying off the coast of Okinawa, Japan.

“We routinely fly two ships, but we mobilized five ships to test our ability to generate aircraft in full force, to make sure our maintenance can support that, and to make sure we can do the planning in case we are ever asked to fly a large formation” said Maj. Brad Talley, the 17th SOS assistant director of operations.

Noteworthy the formation was part of the 353rd SOG training exercise which tested not only the 17th SOS and the 353rd Special Operations Maintenance Squadron ability to launch a short-notice, large-scale tasking but also that of MC-130J’s aircrews to perform cargo drops, short runway landings and takeoff, and helicopter air-to-air refueling.

According to Senior Airman Zach Harmon, a 17th SOS MC-130J Commando II loadmaster, even if the unit achieved the exercise objectives the team members had to overcome several challenges to complete the drill. “The most difficult portion was the planning and safe execution of the mission, since most of our squadron isn’t used to that level of de-confliction complexity,” he explained.

The 17th SOS completed the transition from the MC-130P Combat Shadows to the MC-130J Commando IIs in Oct. 2015 and thanks to the technological advances introduced by the Commando II the unit has set new standards for safety and accuracy in executing clandestine missions. 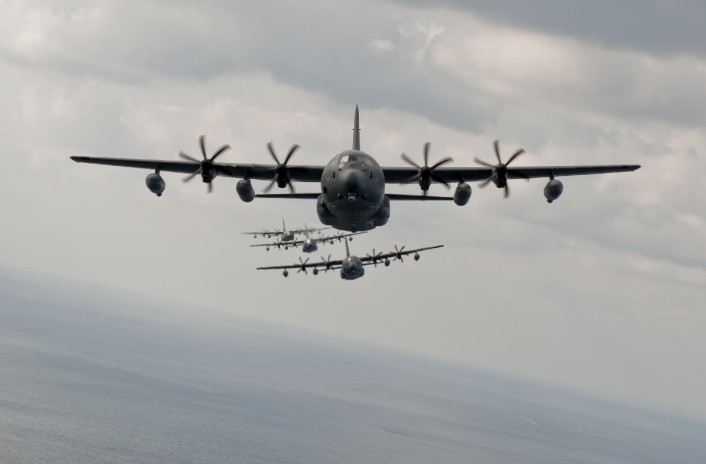 The MC-130J Commando II Special Operations aircraft unloaded an M142 High Mobility Artillery Rocket System that was then loaded onto a Swedish C-130 during recent drills on Gotland island. A really interesting training mission was […]