The U.S. has withdrawn twelve F-15 fighter jets from Turkey but new NATO assets are on the way.

On Dec. 16, the U.S. Air Force F-15 Eagles and Strike Eagles that were moved to Incirlik Air Base, Turkey just last month, have started returning to their homebase at RAF Lakenheath, UK.

The twelve F-15s were not only deployed in response to the Government of Turkey’s request for support in securing the sovereignty of Turkish airspace, but also to prove the U.S. Air Force ability to deploy aircraft  and Airmen on short notice to Turkey, if needed.

Six of these Eagles were F-15C air superiority fighters that flew training missions with Turkish Air Force aircraft enhancing the interoperability between the two services. During the deployment, a bilateral agreement to summarize the procedures for combat air patrol (CAP) missions to be performed by U.S. aircraft in Turkish airspace has been reached.

Along with the F-15Cs there were six F-15E Strike Eagles which joined U.S. and coalition air assets in attack missions against ISIL positions in Syria and Iraq (even though the extent of their involvement in the raids is not clear).

Noteworthy the withdrawal of the U.S. Air Force jets coincides with a new series of measures approved by NATO to strengthen Ankara’s air defenses on its border with Syria.

As reported by Reuters this defensive package will include both naval presence and maritime patrol aircraft.

An AWACS platform will monitor airspace exchanging information via data link with ground, airborne and sea based commanders with the latter stationed on German and Danish ships already sailing in eastern Mediterranean.

Moreover Spain has agreed to deploy its Patriot surface-to-air missile batteries on Turkey border after those belonged to Germany and U.S. have been withdrawn.

Although these defensive measures have been set to boost the Turkish airspace protection, they will also serve to discourage further incidents between Russia and Turkey after that a TuAF F-16 shot down a RuAF Su-24 near the Turkey-Syria border on Nov. 24. 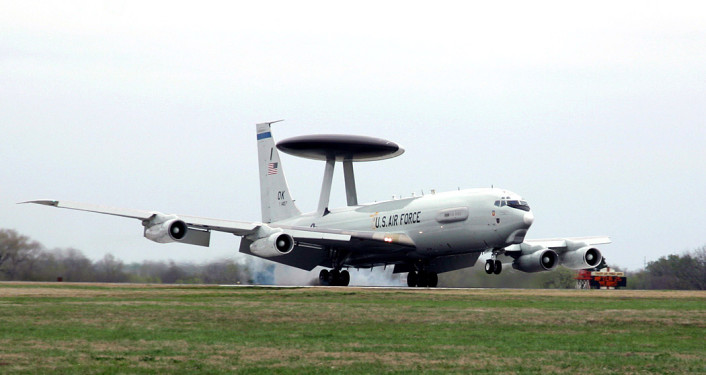 A routine close encounter between Russian bombers and American stealth interceptors in the Northern Pacific Ocean. On Sept. 1, two Russian Tu-95MS strategic bombers involved in “scheduled flights over the waters of the Arctic Ocean, […]

Reports Say 9 People on Board Dead. A Lockheed WC-130H transport plane, 65-0968, from the 156th Airlift Wing from Puerto Rico has crashed near Chatham City, Georgia today. There were 5 crewmembers and 4 passengers on […]

A-10 Thunderbolt II aircraft from the 124th Fighter Wing at Gowen Field in Boise, Idaho, sport hundreds bomb markings. Here’s what they mean. Bomb and kill markings are a very well-known tradition in military aviation. […]