Take a look at the comparisons and let us know if you agree.

The U.S. Air Force Central Command has recently published an inspiring post on Social Media asking followers to think what would be the modern Air Force equivalents of some of the most famous Star Wars ships.

Generally speaking we agree but the AC-130H (that was retired): the AC-130U is a type in active service, hence more suitable (even though it does not carry cargo, despite it is based on a transport plane).

Anyway, based on the above, here’s a nice chart. 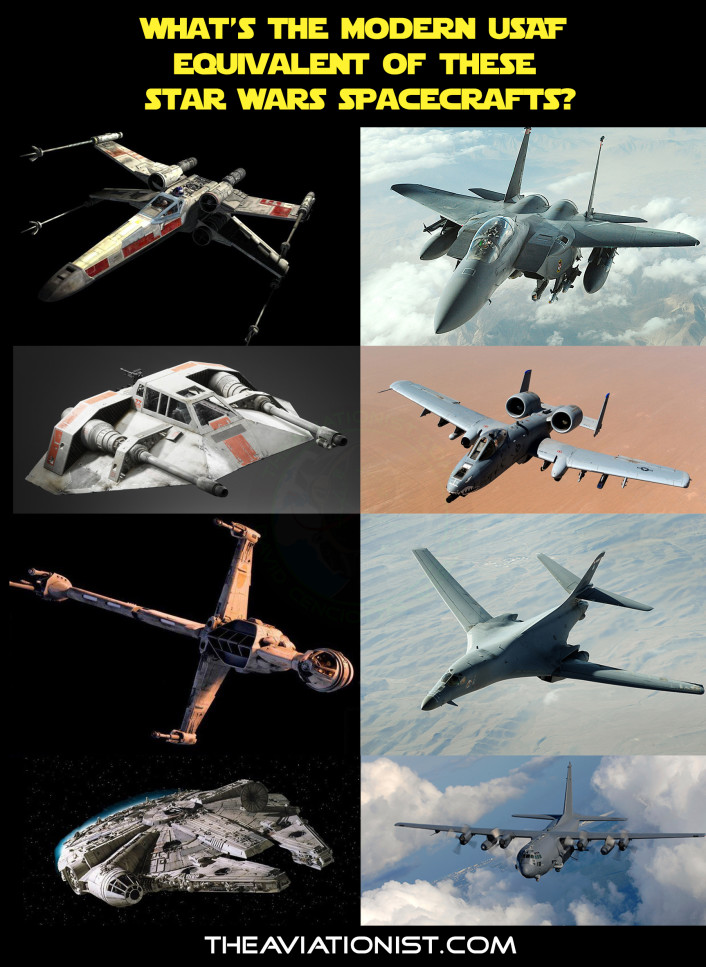 Someone may object the X-Wing could be the F-22, US’s most advanced multi-role plane; however, the Raptor is stealth and can evade radars, something the Rebels iconic spacecraft is unable to do. Moreover, as suggested by some Star Wars fans (including my son..) there are scenes in which the X-Wing vehicles fly in formation in a Top Gun-fashion loosely reminding the U.S. Navy F-14 “Bombcats.”

And what about the TIE fighter? Considered it represents the enemy side, we shall pick a Russian plane. The multirole, supermaneuverable Su-30SM seems to be the most appropriate.

Here’s the updated version that takes also our readers suggestions into consideration. As you may notice, it’s not a U.S. Air Force-only comparison, as U.S. Navy and RAAF aircraft have been included. On the spacecraft side, there is also the V-Wing, that makes its appearance on the Galactic Republic side in the final days of the Clone Wars. 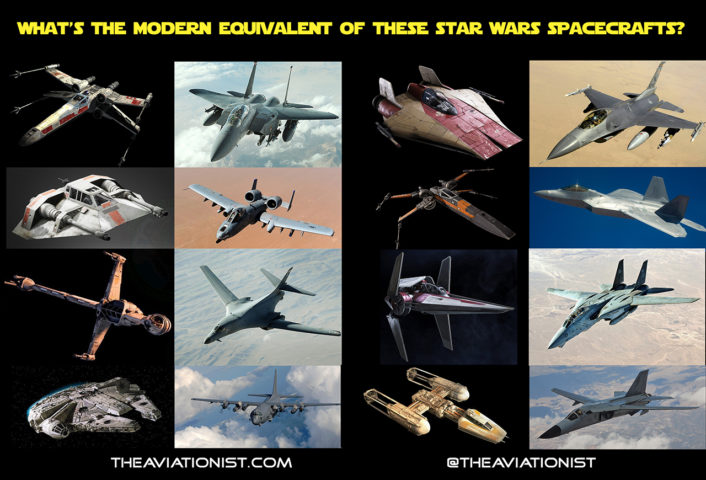 Truth is Stranger Than Fiction, And the Inspirations for “The Last Jedi” Are Remarkable. This article contains spoilers. If you have not seen “Star Wars: The Last Jedi” yet, you may find it better to […]