On Jan. 16, the 16th Special Operations Squadron conducted its final mission with the AC-130H gunship at Cannon Air Force Base, New Mexico.

To celebrate the retirement of the Spectre, whose development began in the early 1960s, the 16th SOS launched its whole fleet of 8 AC-130Hs; a tough and remarkable achievement, obtained thanks to the teamwork of pilots, maintainers, loadmasters and maintenance teams.

In 2013, the Squadron completed its last AC-130H Spectre gunship deployment in Afghanistan after 40 years of active service all around the world.

16 SOS will soon receive the AC-130J, a plane equipped with more modern avionics but more vulnerable to ground fire as a recent report pointed out. Indeed, the new aircraft lacks armor needed to protect some aircraft’s vital parts and, above all, its crew. 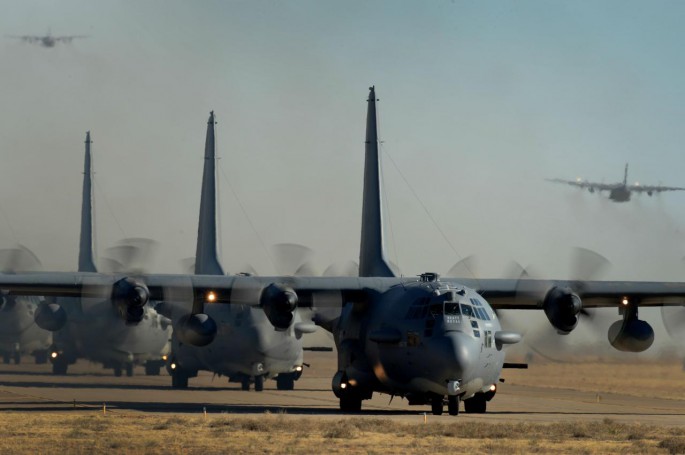 Check out this cool clip showing F-117s operations at Fresno Airport, California. No, the one you can find below is not a video filmed some time in the past, when the F-117 Nighthawks were still […]