Finnish and Swedish aircraft take off and land on roads as part of the training.

From Sep. 19 to 26 the Finnish Air Force conducted Exercise Baana 2015 which took place at the Rovaniemi Air Base and from the road strip at Hosio.

Finnish Hornet and Hawk jets, tactical and light transport aircraft were joined in this exercise by two Swedish Air Force Gripen fighters from 211 Squadron, F 21, which landed on a road runway in Finland for the first time. 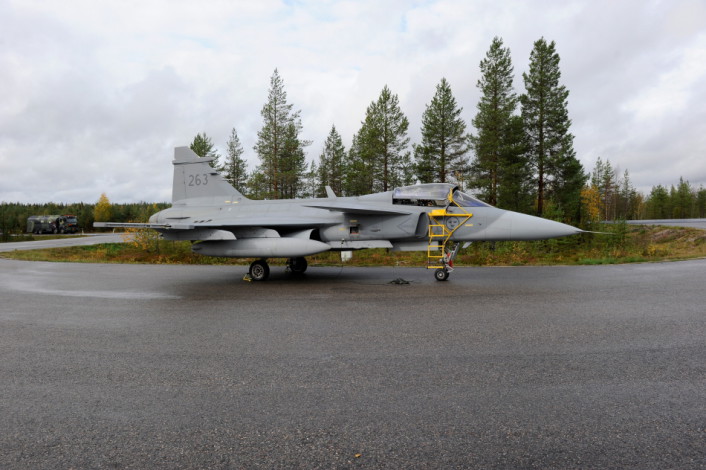 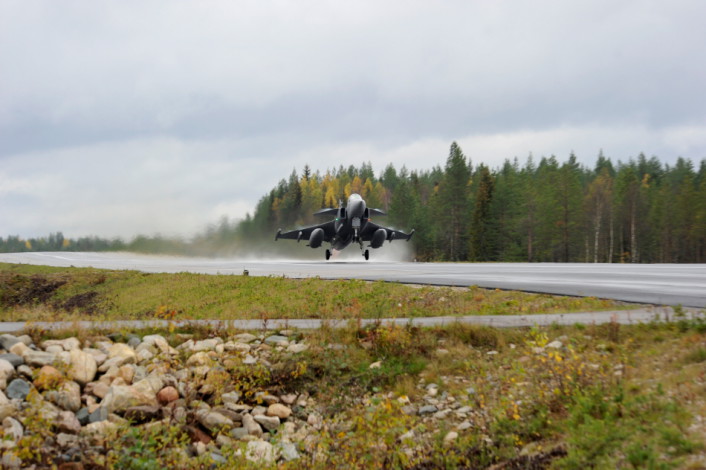 According to the Swedish Armed Forces, Baana 2015 has been a challenge for the Swedish pilots since they had to fly in from Sweden and land on a section of highway 924 under overcast conditions, as the following video shows.

As we have already explained, such kind of training was part of the standard training conducted mainly in Central, Eastern and Northern Europe during the Cold War. With the collapse of the Warsaw Pact, highway take-offs and landings have become less frequent.

However, the threat of Russian bombers violating the airspace of Baltic countries requiring dispersion and QRA (Quick Reaction Alert) intervention, from any place, including public roads, is still alive.

A high speed low flyby causes an unexpected side effect on the shore. Filmed on the shore at Pensacola Beach, Florida, the following video shows Blue Angels #5 perform a low flyby during the airshow […]