CBS News was given access to CENTCOM radar image showing U.S. and Russian planes not too far one another: yellow aircraft are Russian,  green ones are American.

Some “close encounters” between U.S. and Russian aircraft operating over Syria have already occurred in the last few days according to Lt. Gen. Charles Brown, commander of the American air campaign in Iraq and Syria, in an interview given to CBS News

U.S. F-16s out of Incirlik, Turkey, first picked up the Russian planes (Su-34s in the animation shown in the video linked below) on their radars. The RuAF jets closed to within 20 miles from the F-16s, a distance where the American pilots could visually identify them by means of their targeting pods. 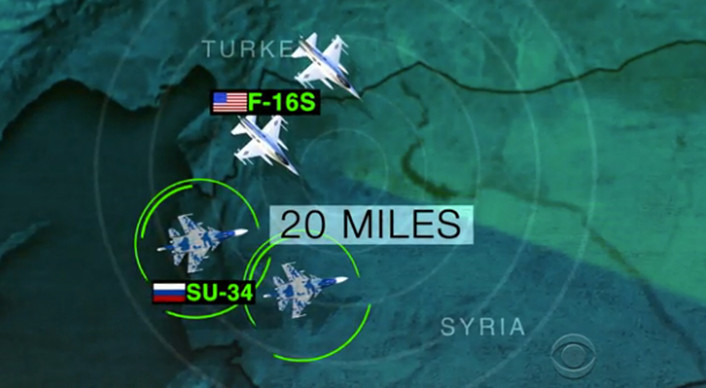 How the sort-of engagement ended is not specified but according to Lt. Gen. Brown, the Russians have come even closer than that to his unmanned drones.

Yesterday, Turkey reported two violations of its airspace by Russian aircraft out of Latakia Syria. Newsworthy, in one of the incident, a Mig-29 (that the RuAF has not deployed to the theater) or a Su-30SM (reports are still contradictory), locked on a Turkish F-16 for more than 5 minutes.

Don’t worry, the Polish are not bombing Daesh. Few months ago the Polish Air Force deployed some F-16 Block 52+ fighters with the 10th Fighter Squadron from the 32 Air Base in Łask to Kuwait, […]