Some facts about the inaugural Raptor deployment in Europe.

The U.S. Air Force has released an infographic with a collection of information about the F-22 Raptor at its first training deployment in Europe.

Even though it is quite simple, the image provides some useful information about the Rapid Raptor Package concept used to deploy the 5th Generation jet in any theater across the world in 24 hours: in particular, it states that a standard package is made of 4 F-22s, 1 C-17 and 60 supporting airmen. Not too much for the most advanced U.S. fighter plane currently in service.

Two of the four F-22s belonging to 95th FS are currently in Poland, for some training with the Polish Air Force and prove they can operate from former Warsaw Pact countries and airbases as well.

More base visits across eastern Europe are expected until the aircraft return to Tyndall Air Force Base, Florida, in mid September.

If you read us from a mobile device, please click here to open the infographic. 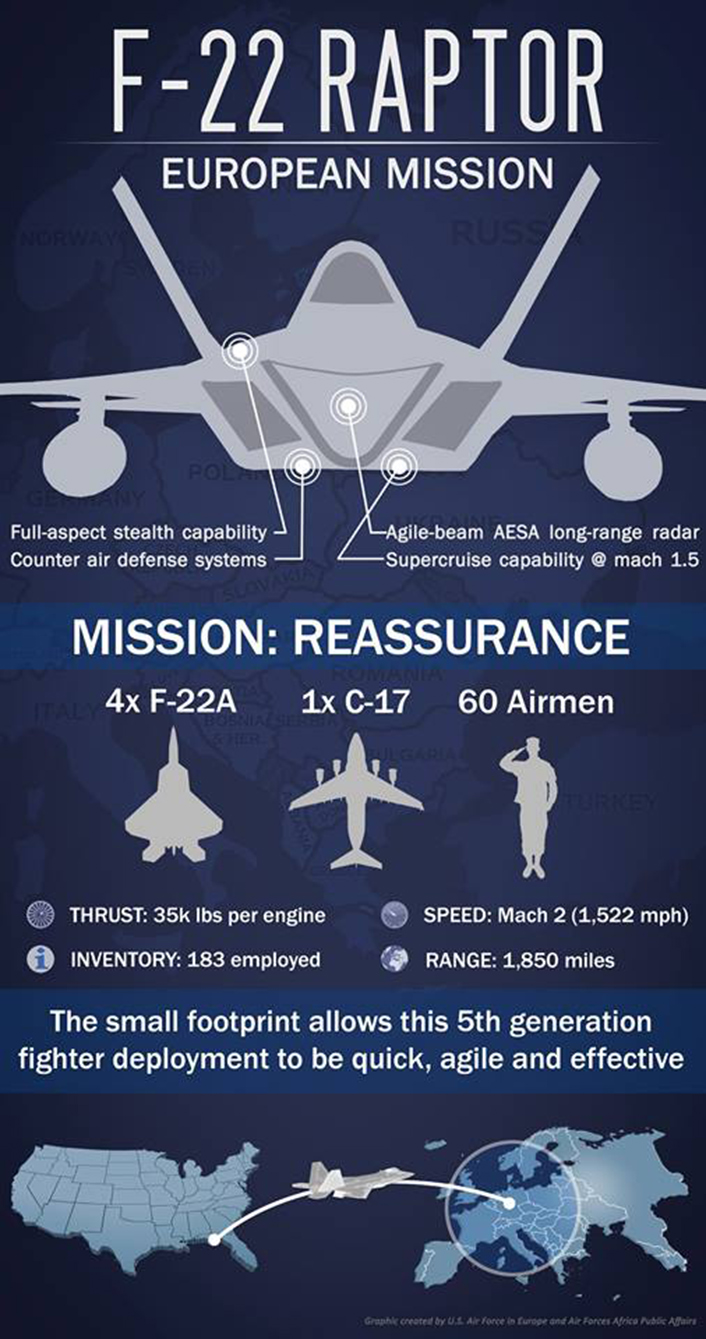 Enjoy a ride in a P-51 flying in formation with an F-22 Raptor. The following cockpit footage was captured at the 2015 Abbotsford International Air Show . It lets you experience a 360° view from […]