In addition to the variety of USAF squadrons, the air combat exercise held Mar. 2 to 13, 2015 out of Nellis AFB, Las Vegas, NV featured international participation by a NATO E-3, F-16s from the Royal Norwegian Air Force (RNoAF), Mirage 2000s from the United Arab Emirates (UAE), T-38s from Randolph AFB, and F-16CMs from Aviano Air Base, Italy. A listing of the scheduled participating units is found in the Air Force release “Nellis AFB Hosts Red Flag 15-2”

Beyond what was seen, multiple off site participants were involved virtually in the exercise. 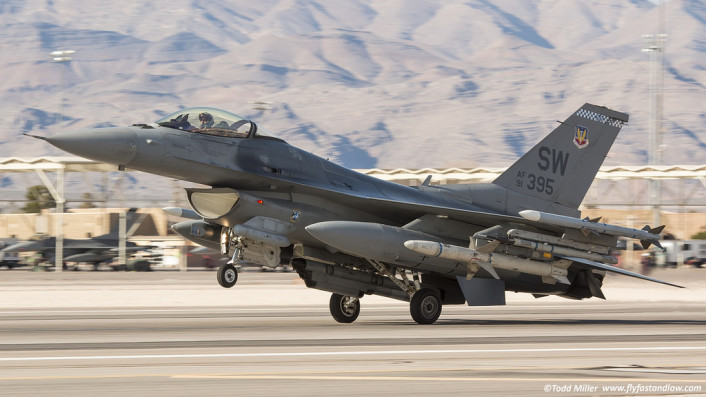 Lt. Col Stodick explained that most virtual participants were housed in simulators out of Kirtland AFB, NM and included a complete JSTARs crew sending virtual ground target information that aircrews responded too.

A number of other unidentified units participated virtually, and while the “physical” exercise took place over the 15,000 square mile Nevada Test and Training Range (NTTR), the virtual component added a much broader dimension to the exercise covering a simulated 1,320,000 square miles.

This combination of Red Flag and Virtual Flag was a first, and is described as the USAFs LVC (Live-Virtual-Constructive) training. The Live and Virtual not only reduces the cost of the exercise it increases the participation, scope and complexity. It is quite an extraordinary training dynamic that utilizes state of the art networking and communication assets to provide the most comprehensive air warfare experience on the planet. More details are captured in an Air Force article “LVC Integration takes Red Flag to the Next Level” 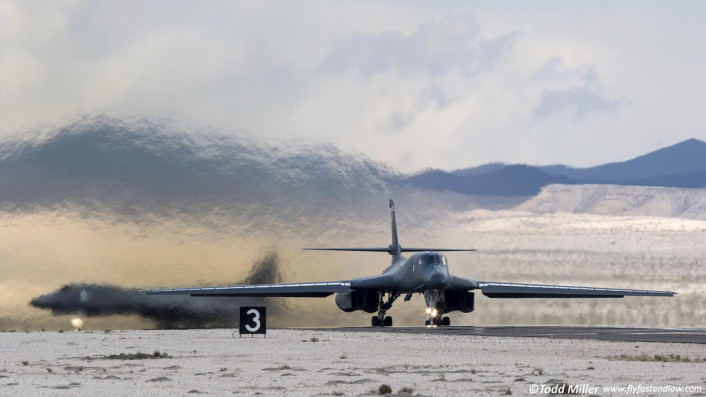 Each Red Flag has its own flavor, and in this case it was of interest to note that no F-22s were involved, and three US Army Patriot batteries were deployed on the range as part of the Blue Force, with more units deployed “virtually.”

Red Air continues to evolve, with Red Flag 2015-1 featuring F-15E Strike Eagles on Red Air strike missions, and 2015-2 featuring T-38s flying Red Air missions, as well as select missions flown by the B1-B and EA-6B on Red Air. It is anticipated that a Red Air will continue to be supplemented with various active units moving forward. These units will not be required to learn “Red Air” tactics as such (primarily limited to those Red Air assets in the Air to Air role), but will be given familiar mission profiles to complete within the context of representing Red Air. 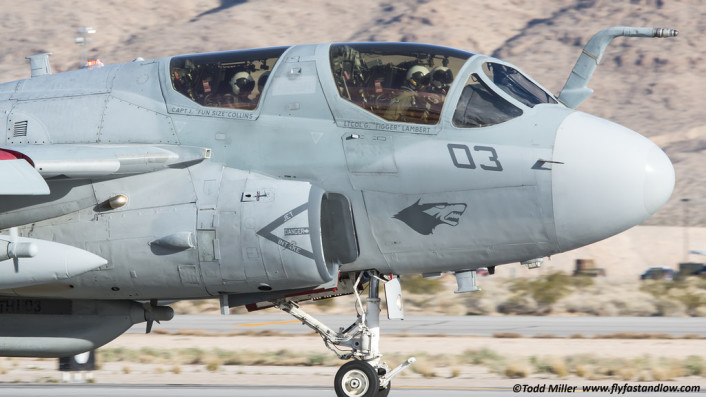 For those who have enjoyed the F-15Cs with their colorful Aggressor paint, this will likely be the final Red Flag that the F-15C is utilized in the Red Air Aggressor role (many of which had carried over to the 64th Aggressor Squadron (AGRS) after the 65th AGRS was disbanded in 2014). 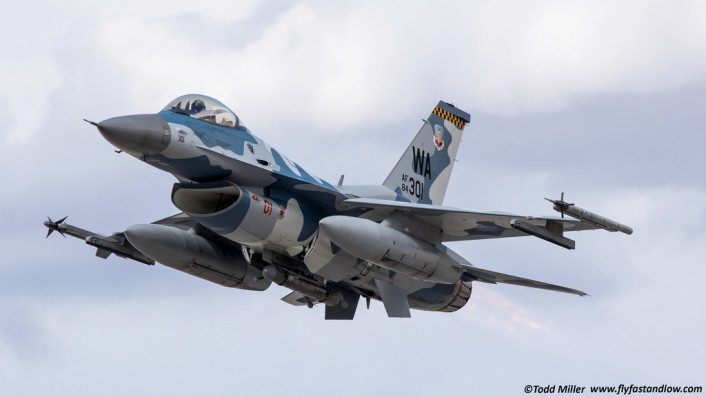 The action is certainly not limited to air-to-air and air-to-ground combat units. Rescue personnel participated in the missions with the Guardian Angel, HH-60G, and HC-130 out of Moody AFB, GA. Major Goodale 38th Rescue Squadron described what is typically seen as a rescue role to encompass a much broader mission set of “Prepare, Locate, Support, Recover and Reintegrate US and Coalition personnel.” No doubt flight crews fly with great confidence knowing and experiencing the capability set these specialists bring to the fight. Maintenance personnel are challenged to overcome unique obstacles such as, working with limited spares, adapting to critical equipment that is deemed inoperable or limited access to the aircraft given the base comes under “simulated attack.” The crews must think on the fly to adapt, overcome and achieve their mission.

Tactics continue to evolve, and participants must be calculated and wary about their approach to unfolding situations. A solo F-16C Aggressor was recently “captured” fast and low on the “Blue side” of the range, and it was noted that the aircraft was trying to lure Blue Air into a pursuit to lead them subsequently into a Red Air ambush. Not simply a scripted exercise, innovative, dynamic activity challenges reactions and creates tremendous learning experiences in a safe environment.

Each day hosts a unique scenario, perhaps a response to an international Superpower that seizes a small neighboring nation, defending an attack, addressing a hostage situation, or localized regional conflict initiated by a rogue nation. In any case, the exercises represent the reality of the world that confronts us today.

One of the Red Flag days I visited the NTTR where I witnessed activity that appeared to mimic real world deployments taking place today. Blue Air F-16s in numbers attacked from the east and engaged Red Air over the southern portion of the range. With Red Air controllers calling intercept vectors, B-1Bs flew through contested air on strike missions above 20,000 ft. Missile shots, kill calls, and intercept vectors were continuous. Aircraft had to break away for air to air refueling by one of the orbiting KC-135s, or to regenerate and re-enter the fight. Meanwhile in the north two pairs of UAE Mirage 2000s circled over northwestern ranges in a pattern that appeared to be combat air patrol (CAP). Supported by the UAE Mirage 2000s and just a little further to the north, two B-52Hs from Minot AFB flew racetrack pattern, periodically breaking away for what were likely weapons runs on targets on the northwestern ranges. While the B-52s dropped no live ordnance during Red Flag, they were configured to carry everything from conventional, to smart and stand-off weapons tailored to their specific mission profiles. 90 – 120 minutes of intense action came to an end quietly as aircraft with missions complete returned to Nellis AFB. 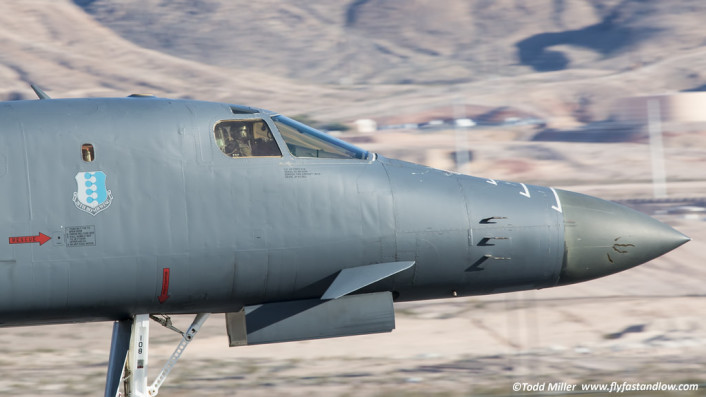 Exercises such as Red Flag bear a close resemblance to the way modern conflicts are addressed, as coalitions involving integration of a broad number of specialized and international assets. In such cases Red Flag training is critical to prepare for such real world deployments.

The objective of Red Flag has been to provide participants with 10 “combat mission” experiences before entering combat, and as such greatly increase the performance and survivability of participants. This approach has demonstrated tremendous success in ensuring US and coalition forces are the best trained, most prepared military forces on the planet. 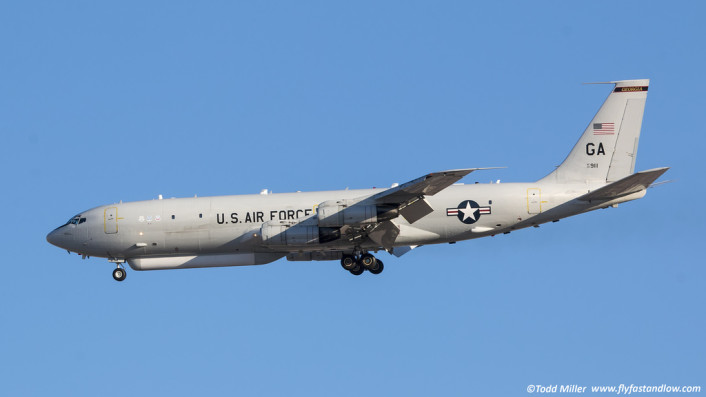 Simulated alert call at McConnell Air Force Base, Kansas. On Mar. 24, fourteen KC-135 Stratotankers performed an “Elephant Walk” as part of an exercise aimed at testing the rapid mobility capabilities and teamwork of the […]

Two Raptors have visited Amari, Estonia, with two A-10s and one KC-135 tanker. On Sept. 4, two of the four F-22s currently stationed at Spangdahlem, Germany, visited Amari airbase, in Estonia, for a brief forward […]