Although blurry, and taken from long distance, the footage seems to show a U.S. F-15E over eastern Iraq.

Not only U.S. Navy planes and Predator drones are flying over Iraq.

The following video, brought to our attention on Twitter by user @greenlemon, was filmed on Sept. 7, over Rawat, Al-Anbar, in eastern Iraq.

Although it is a low quality footage, it seems to show an F-15, most probably, based on color and shape, an F-15E Strike Eagle attack plane. 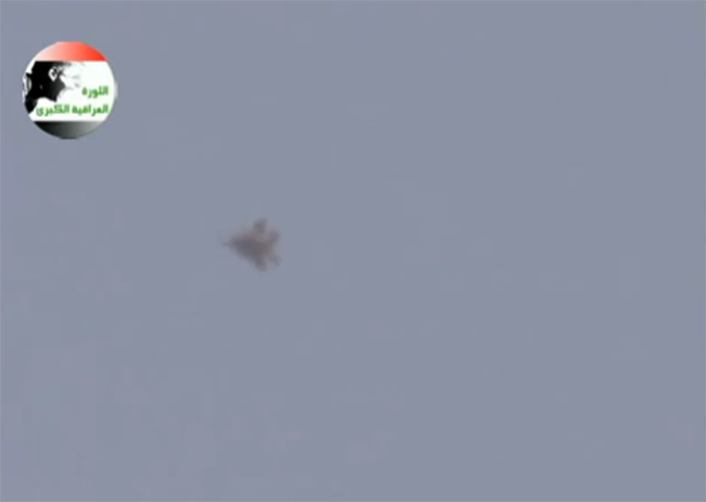 The presence of F-15E in the area, confirmed since the beginning of the air campaign against ISIS, is far from being surprising. What makes the video worth of note is the fact that it is the first one to show the Strike Eagles from the ground, as they fly over Iraq.

According to our sources, some F-15Es belonging to 48FW from RAF Lakenheath are currently deployed to Al Udeid, in Qatar.

No, They Probably Weren’t Secret Navy SEALS in the President’s Christmas Video.

Mainstream Media Caught in Case of Mistaken Identity in Christmas Twitter Video. News stories around the world on Thursday, Dec. 27, 2018 reported that the U.S. President “… may have revealed the location of SEAL […]

Actually, you can spot more than five U-2 Drangon Lady aircraft in this cool image Beale Air Force Base, home of the 9th Reconnaissance Wing, north of Sacramento, hosts the last U.S. Air Force’s U-2 […]