Seven Su-25 Frogfoot attack planes operated by the Iranian Army of the Guardians of the Islamic Revolution have arrived at Baghdad to join the war against ISIS militants.

On Jul. 1, seven Su-25 Frogfoot attack planes (out of 10 believed to be operational in Iran) operated by the Pasdaran (informal name of the IRGC – the Army of the Guardians of the Islamic Revolution) have completed their deployment to Imam Ali Airbase where they will join the ex-Russian Air Force Su-25s already delivered to Iraq in the air war against ISIS (Al Qaeda-linked Islamic State of Iraq and the Levant). 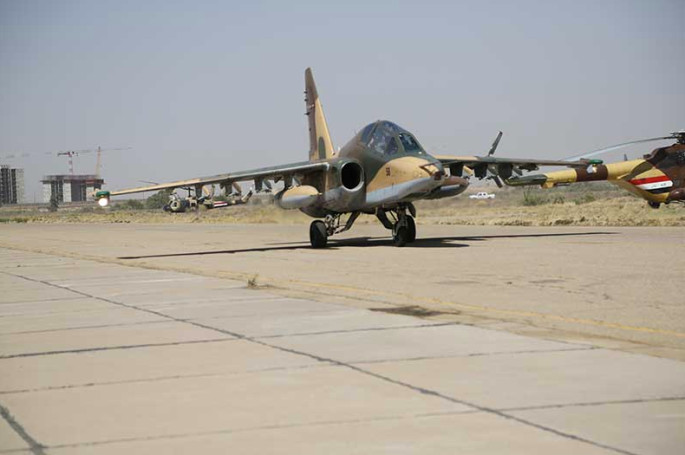 The aircraft (three Su-25UBK and four Su-25K jets) will be operated by four Iraqi pilots and 10 Iranian pilots.

According to ACIG.org forum member IIAF-JSF, who brought several to light, aircraft and support to fly them would be part of a military contract (backed by the U.S.) according to which Iran’s IRGC Air Force will receive six Su-30K multirole jets destined to Iraq.

Their delivery of the Iranian Su-25 has been filmed and reported by local media outlets and Iraqi MoD that has published the following video as well as the pictures you can find in this post.

Iran is believed to have joined the air war on ISIS since Jun. 21 when unidentified war planes launched heavy air strikes on the city of Baiji, north of Baghdad which had been invaded by ISIS.