According to the Ukrainian authorities, two Mil Mi-24 Hind helicopters were shot down by “unknown persons by means of man-portable air defense system (PZRK)” overnight into May 2.

As a result two servicemen of the Ukrainian Armed forces died and several were injured.

Whilst four persons were arrested for the downing, it is clear that MANPADS (Man Portable Air Defense Systems) are going to be a factor against poorly equipped (and trained?) Ukrainian gunships. Maybe it’s time for Kiev to dispatch some more survivable Su-25 Frogfoot jets.

Here below an image showing the Mi-8 hit by small arms fire: 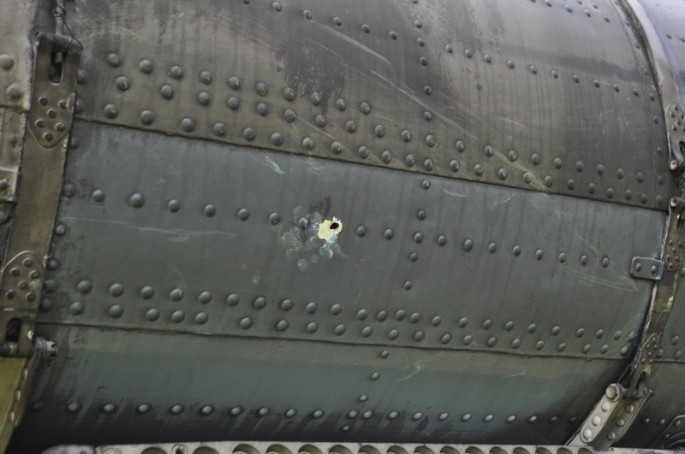 While U.S. and Russian warships and planes are amassing in the Mediterranean Sea, the Syrian regime is still attacking Free Syrian Army positions across the country. And rebels are shooting back with some good results. […]

Incredibly, the camera survived the crash. The video in this post was allegedly filmed on Aug. 20, 2014, somewhere near Lugansk where a Ukrainian Mi-24 Hind gunship helicopter was hit and shot down by an […]