The “new” aircraft will be used to put more pressure on rebel ISIS (Al Qaeda-linked Islamic State of Iraq and the Levant) forces, that have taken over large parts of the country in recent weeks and back the Mi-35 gunships, involved in antiterrorist operations against militants.

Another Iraqi Army Mi-35 Hind gunship involved in an insertion of special forces into the football stadium of the Salahaddin University campus was shot down by ISIS last week.

Russia has plenty of surplus stocks of Su-25s that the IQAF used to fly until the early 1990s. But few pilots and no groundcrews are currently available to fly according to ACIG.org editor Tom Cooper.

For this reason, for the next few months, Iraqi personnel will be supported and trained by Russians to operate the aircraft, until they become once again autonomous on the type.

The aircraft will be based at Tallil.

Cooper has noted the aircraft were not even overhauled before delivery, as the following screenshot, showing signs of corrosion on one of the first two delivered Su-25, shows. 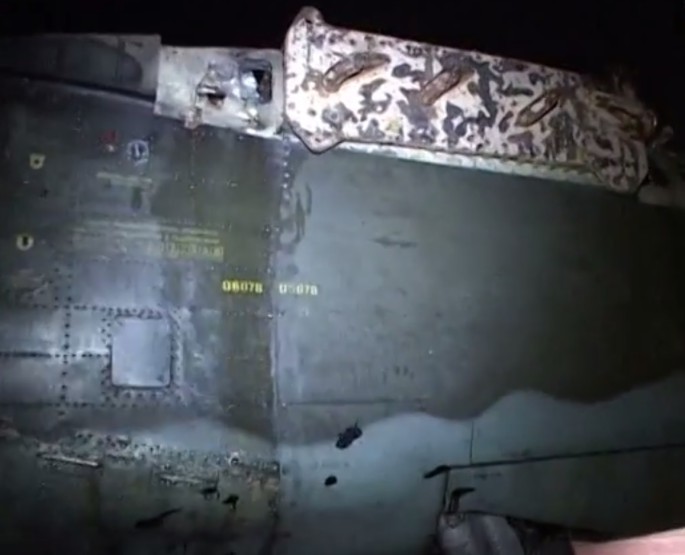 This photo proves air-to-air refueling of armed planes involved in the air strikes in Syria and Iraq may also take place over large cities. On the night of Oct. 2, the French Air Force Rafale […]

Is a Turkish UAV currently operating inside the Iraqi airspace?

What might be an Unmanned Aerial Vehicle is circling over the border between Turkey and Iraq. Increasingly, military aircraft as well as UAVs can be tracked online thanks to the emissions of their Mode-S ADS-B-capable […]