Two Royal Air Force Tornado GR4s performed a mission over Iraq. Although they carried some Laser Guided Bombs, the two British attack planes didn’t use them, as they did not find suitable targets.

On Sept. 27, two RAF Tornado GR4s, deployed at Akrotiri airbase, in Cyprus, performed an armed reconnaissance mission in company with other planes from the international coalition, over Iraq.

Although the British Parliament has approved an attack role for the 6 “Tonkas” currently committed to Operation Shader and limited until yesterday to the reconnaissance role, the two attack jets which flew over Iraq earlier today did not drop any bomb on ground targets, as no “appropriate target” was identified.

The RAF Tornado jets, supported by a Voyager tanker, carried three Paveway IV LGBs (Laser Guided Bombs) and a Litening III pod that enabled the aircraft to gather intelligence that, according to the UK MoD “will be invaluable to the Iraqi authorities and their coalition partners in developing the best possible understanding of ISIL’s disposition and help acquire potential targets for future operations, either by aircraft or Iraqi ground forces.” 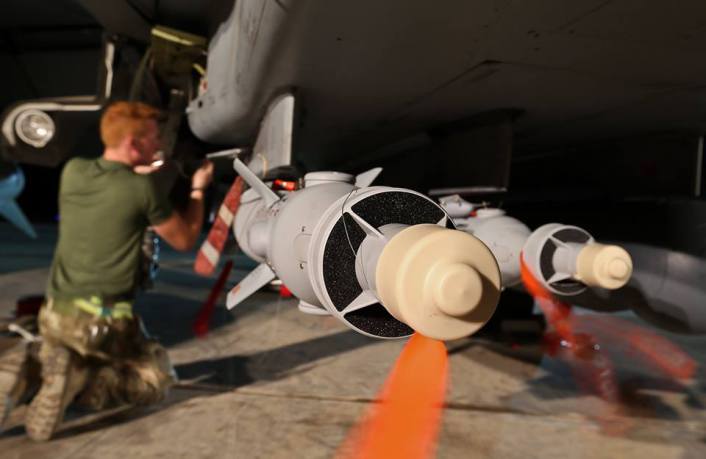 No, Germany Did Not Deny RAF C-17s Bound For Ukraine Access to Its Airspace

The decision to avoid the German airspace was made deliberately by the Royal Air Force C-17s and the British were not really forced to fly around the German territory. Contrary to media reports published on […]

One of the A330 Voyager aircraft was given a new VIP paint scheme. But someone said it looks like “a brightly coloured lollipop”. RAF A330 Voyager ZZ336 made its first flight sporting its brand new […]