NATO Tiger Meet (NTM) is a two-week multi-national mid-size exercise that includes all types of air-to-air and air-to-ground and a wide variety of support missions. This year was held at Schleswig – Jagel, in northern Germany.

Along with French Rafales, Polish F-16 Block 52+ jets, Turkish F-16Cs, and Czech JAS-39 Gripen in tiger liveries, the highlight of NTM was the first ever Tiger Typhoon, of the Bavarian Tigers.

Founded on Mar. 18, 2013, by the 741 and 742 squadrons of the German Air Force’s Jagdgeschwader 74 in Neuburg, the Bavarian Tigers took over the Tiger Spirit from the 321 Squadron / Jagdbombergeschwader 32.

The Tiger Typhoon pilot took a selfie during a mass Tiger formation featuring all the special colors that attended NTM14. 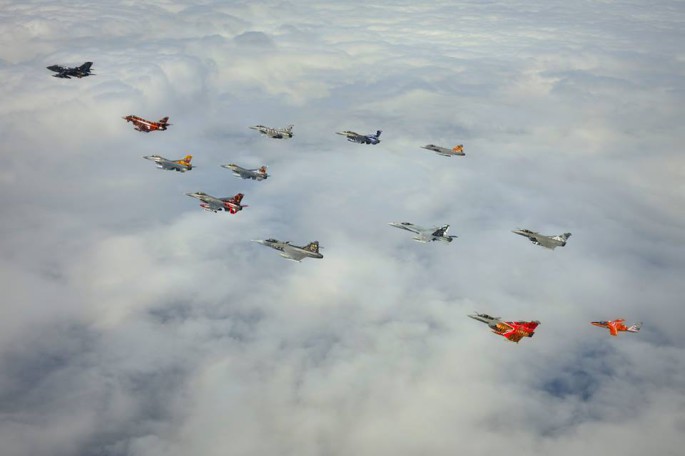