High G maneuvers, hot and humid air, air conditioning and a sweating pilot: these are the factors that caused the canopy (and the lens of the GoPro used to take the selfie) of the RNlAF F-16 of the Dutch Demo team to fog up during the seaside air display at the Roma International Air Show (RIAS) 2014.

The images in this post were released by the Dutch F-16 Demo Team 2014-2015 (made of personnel from both the 323 and 322 Squadrons, based at Leeuwarden airbase and consisting of one display pilot, Captain Jeroen “Slick” Dickens, four display coaches, eight technical specialists and a webmaster), during the air display over Ostia, near Rome, where RIAS was held.

The cloud that surrounds the wings in the following image, is instead generated by a rapid decrease of pressure in the airflow around the aircraft at high speed and in moisty weather conditions. 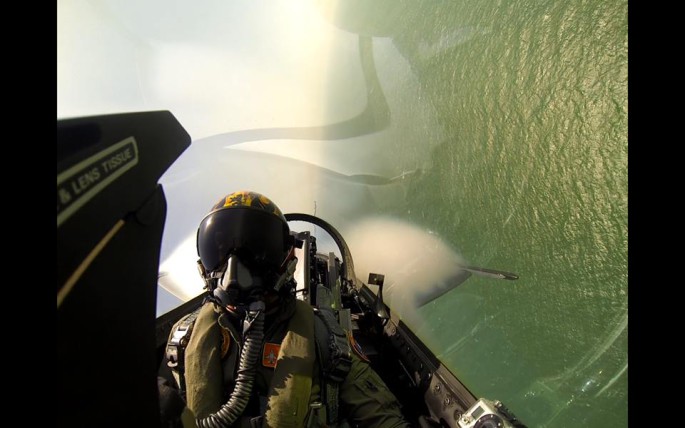 The canopy gets foggy when water contained in the air condenses on it (a sweating pilot adds more water to the air in form of water vapor): warm, humid air next to a cooler surface creates foggy windows. 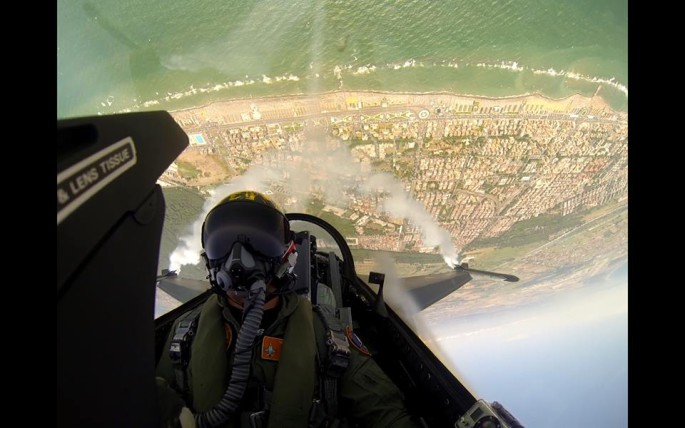 Dealing with the fighter pilot, the water condensed on the canopy surface because the outside air was cooler than the dew point inside the cockpit. 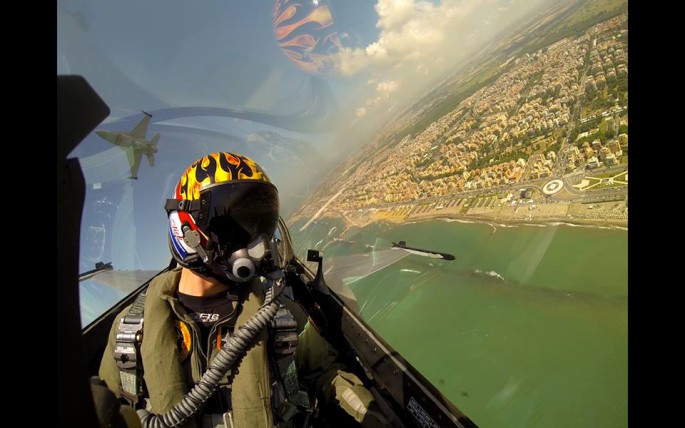 Usually, foggy conditions last just a few seconds and the canopy is defogged quickly. However, canopy fogging can be quite dangerous. In 2012, an Alabama Air National Guard pilot who was landing his F-16 at Wittman Airport, Oshkosh, Wisconsin, during the local airshow, developed a problem with the onboard environmental control system which caused the canopy to fog up.

With his vision obscured, the pilot managed to land the F-16 on the runway but, unable to evaluate the remaining runway, veered off onto soft ground with front landing gear and the airframe damages worth some 5 million USD. 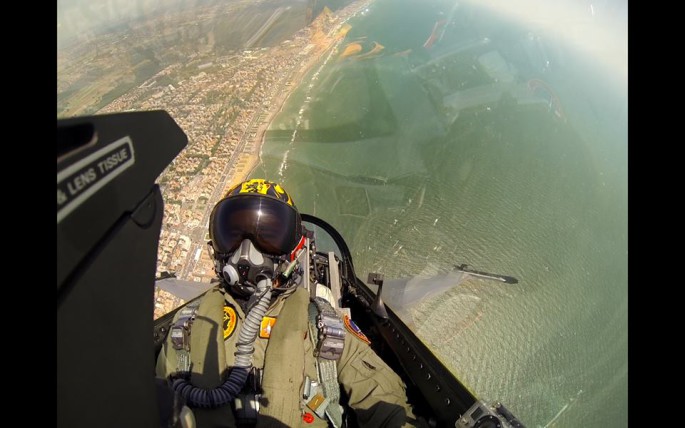 Must see: the entire video of the “ultimate selfie” of an F-16 pilot firing a missile

Just in case you thought the photo was a fake. After publishing the famous selfie of the F-16 pilot firing an AIM-9L Sidewinder missile, the Royal Danish Air Force has posted the entire GoPro video […]