On Jun. 10, 2011, I attended the Thunderbirds’s rehearsal at Jesolo for the Air Extreme 2011 airshow. Pictures I’ve taken show plenty of condesation clouds being generated by the USAF demo team’s F-16s. Even spectators usually think that such clouds surrounding the aircraft represent a visual manifestation of a “sonic boom”, they are the effect of the quick depression on the flight surfaces that brings the water vapour contained in the air at the condensation temperature. 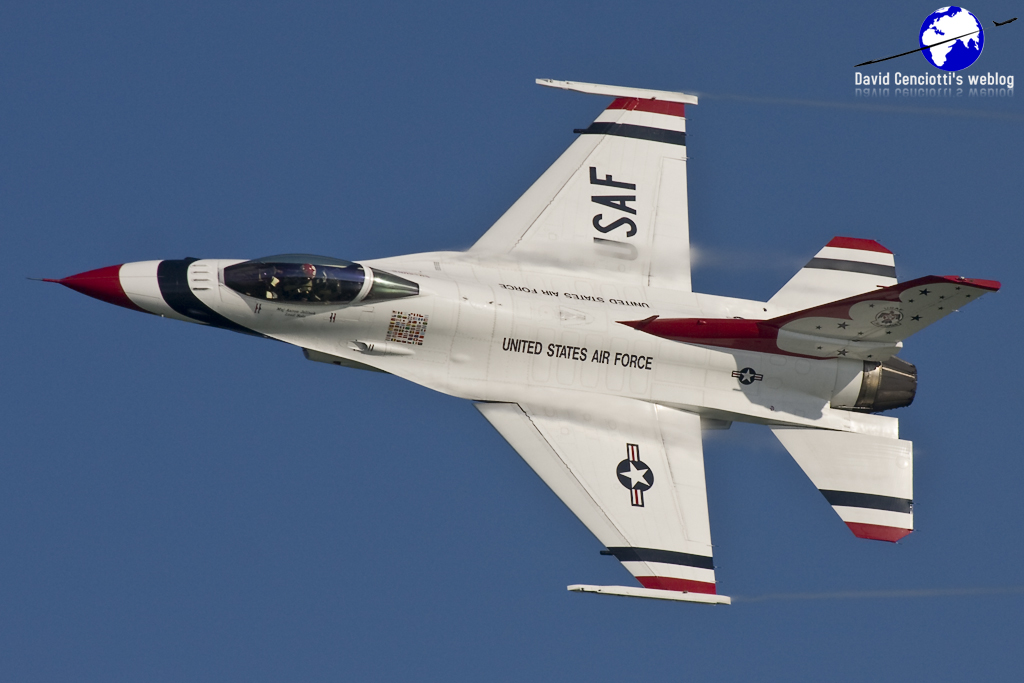 It is a common phenomenon in high-G maneuvers, when the depression on the upper side of the wing increases (as the lift does); it can be observed even at sea level, when the amount of moisture is significant and air temperature is quite hot.

Something quite different are the conic-shape clouds that are generated around aircraft flying at speeds next to the sound’s speed (they are not particularly evident in the pictures taken at Jesolo, though, but you can find many examples here). They are not visual effects of the so called “sonic booms”: more simply, when an aircraft flies at transonic speeds (around Mach 1.0), any of its convess parts (canopy, intakes, etc.) causes a rapid decrease of temperature and pressure with subsequent creation of the cloud. 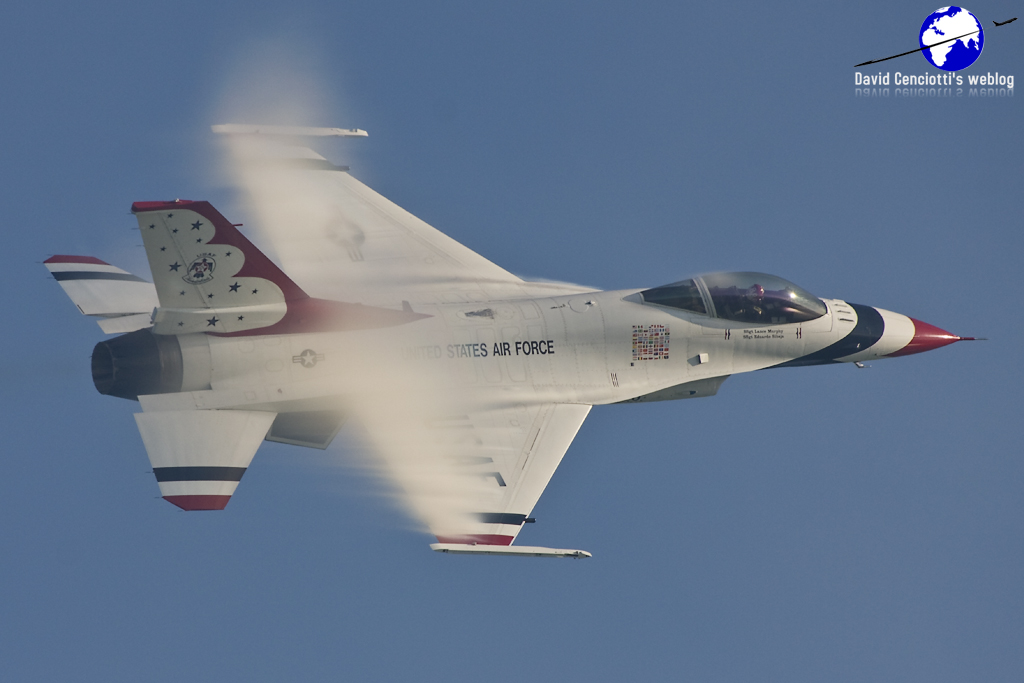 The USAF decided to deny the access some websites, the ones containing the word “blog” (and a few others according to the information provided on some forums and websites on the Internet), to its personnel […]