Have a look at the following screenshots: 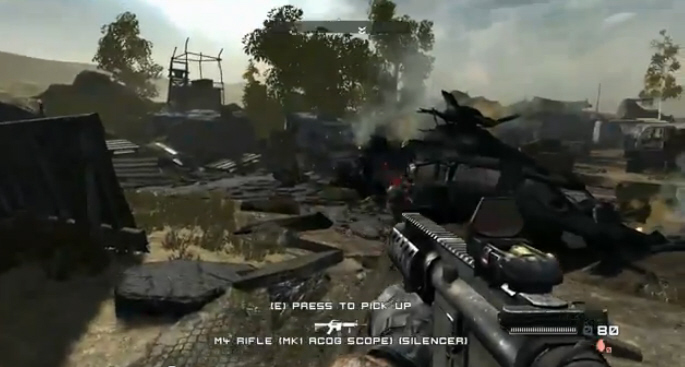 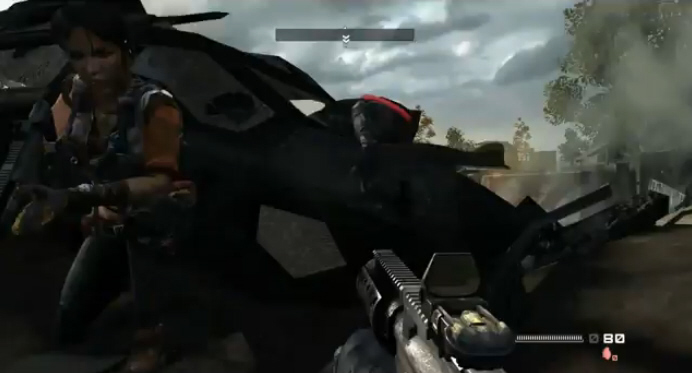 Don’t you think that the above helicopter recalls the possible shape of the Stealth Black Hawk (at least of the modified MH-60 that I imagined with Ugo Crisponi)? The funny thing this time is that, unlike the famous Dragon Models Limited kit that will be available from July 2011 and whose box cover artwork was released at the end of May, the above screenshots are from a videogame that was released on Mar. 11, 2011, more or less two months before the doomed stealth helicopter involved in Operation Neptune’s Spear crash landed in the Osama Bin Laden compound at Abbottabad.

Even the crash landing scene depicted above could be similar (althought it should be set at night) to the one of Abbottabad on May 2 before the Navy Seals put the explosive in the remains of the helicopter to destroy it.

The name of the video game is “Homefront”. According to Wikipedia it is “a first-person shooter video game developed by Kaos Studios and published by THQ, in which players play as members of a resistance movement fighting against a near-future Korean military occupation of the United States. The story was written by John Milius, who co-wrote Apocalypse Now and wrote/directed Red Dawn. It was released for Xbox 360, PlayStation 3, and Microsoft Windows, and also made available through OnLive on March 15, 2011 in North America, March 17, 2011 in Australia, March 18, 2011 in Europe,[5] and April 14, 2011 in Japan. Its tagline is: “Home is where the war is.”

Kudos to those who, envisaging the existence of a black stealth helicopters in the near future (Homefront is set in 2025), have designed, by coincidence or not, a helicopter whose shapes resemble those of our famous “Silent Hawk” (and much thanks to Marco Olimpio for the heads up).

The video below provides some information about the plot of Homefront:

Almost unbelievable but true: a French Tiger helicopter lands on a Libyan beach to pick up a Free Libya flag

When I first was asked if I had news about the episode I thought of a hoax. I could not believe that any NATO chopper involved in Operation Unified Protector would ever dare to land […]