Once again a cool selfie taken from the cockpit of an F-16 Fighting Falcon.

The latest example of self-portrait photo most probably taken with a GoPro camera from the cockpit of an F-16 comes from the Royal Netherlands Air Force: a cool series of “selfies” was posted by the Dutch Demo team on their Facebook page.

The shots, from various points of view, were taken during last week’s display practice at Gilze-Rijen airbase. 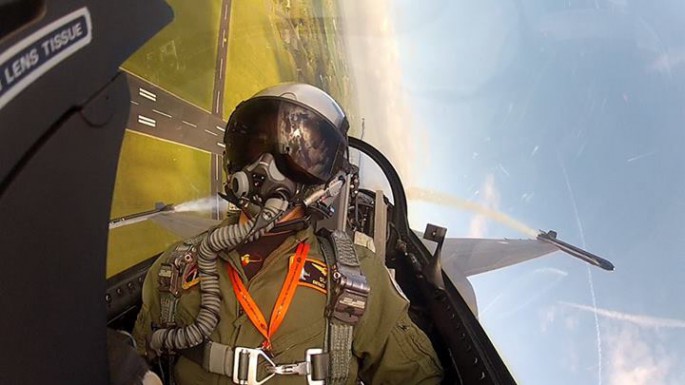 The RNLAF F-16 Demo Team 2014-2015 is made of personnel from both the 323 and 322 Squadrons, based at Leeuwarden Airbase. The team consists of one display pilot, Captain Jeroen “Slick” Dickens, four display coaches, eight technical specialists and a webmaster.

According to an official statement by Turkey’s deputy PM, a Syrian helicopter (possibly an Mi-8/17 Hip, based on the amount of such types in service) that had violated the Turkish airspace by 2 km was […]