Another selfie taken by a Dutch F-16 pilot flying alongside the first Dutch Boeing 787-8.

The RNLAF F-16 Demo Team 2014-2015 is made of personnel from both the 323 and 322 Squadrons, based at Leeuwarden Airbase. The team consists of one display pilot, Captain Jeroen “Slick” Dickens, four display coaches, eight technical specialists and a webmaster. 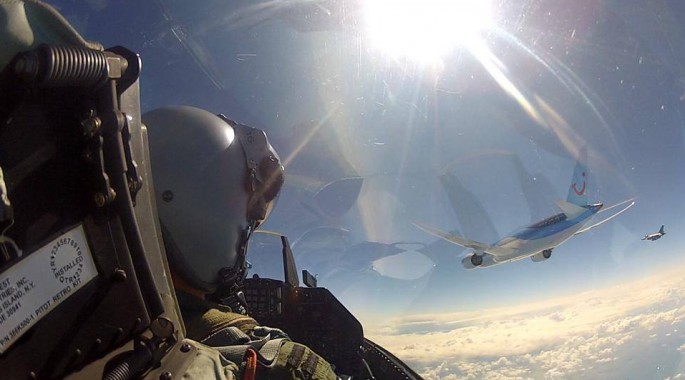 As the images shows, the Boeing 787 was intercepted by two Dutch F-16s in standard QRA (Quick Reaction Alert) configuration (that is to say, by armed aircraft) whose pilots wore JHMCS (Joint Helmet Mounted Cueing System) instead of the characteristic Demo Helmet you can see in these images. 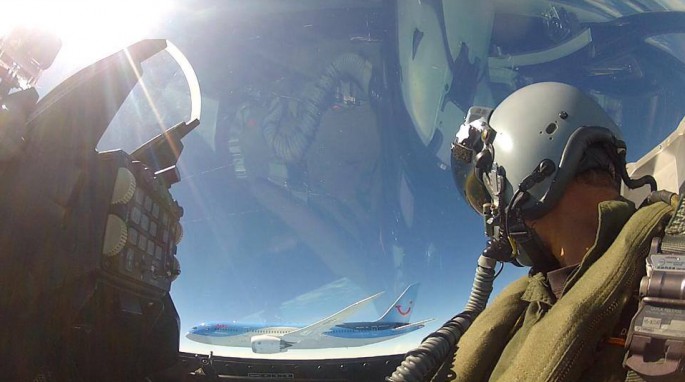 In conjunction with its 71st anniversary, Chilean Air Force Group N°7, nicknamed “Pampa Tigers”, performed a readiness drill with its F-16AM/BM MLU at Cerro Moreno Air Force Base (SCFA). This was also a rare opportunity […]

The presidential aircraft was put on sale by Andrés Manuel López Obrador, near the end of his first day as president of Mexico. The Boeing 787-8 Dreamliner TP-01 “José María Morelos y Pavón” of the […]

The BR-1150 Atlantic and F-16 Fighting Falcon join the outstanding collection of the Italian Air Force Museum. Located some 25 kilometers to the northeast of Rome, the Museo Storico Aeronautica Militare – Italian Air Force […]